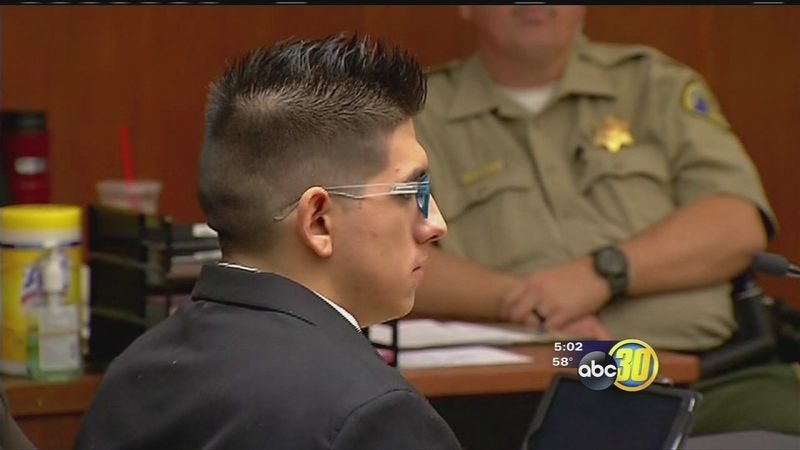 VISALIA, Calif. (KFSN) -- A two-month trial came to an end on Wednesday when jurors decided death was the right punishment for Christopher Cheary. The same jury already convicted him of murdering, raping, and torturing three-year-old Sophia Acosta in Exeter in May of 2011.

The court clerk ready the verdict aloud, "We the jury find the appropriate penalty to be death for the murder of Sophia Acosta, dated 11/30/16, signed foreperson."

"It's not easy for them to make this decision," said Tulare County Assistant District Attorney David Alavezos. "It shouldn't be easy for them, but in some cases this is justice."

Alavezos was the prosecuting attorney. And though the trial was a lot of work, he says it's exactly the kind of case he started practicing law for in the first place. He had the opportunity to hold someone accountable for committing the worst possible crime against a child. In this case, the victim was Sophia Acosta.

"It was very clear she was not an unhappy complaining difficult child," Alavezos said. "She was somebody who wanted to please those around her."

Before meeting with members of the media to discuss the trial, Alavezos sat down with Sophia's family members. They told him that Cheary wasn't the only one who received a punishment. They have been serving their sentence ever since Sophia died.

"They are not going to be whole for the rest of their lives," Alavezos said. "There's nothing anybody can do-they are paying a life sentence on this case."

For family like Coronado, this is justice. For the last five years, he's driven back and forth from Livingston to Visalia for court dates. He cries on those long drives.

"It wasn't just my little great-granddaughter, it was like everybody's daughter, no matter who, you know?" Coronado said.

But family members like Sam just hope they can find peace together, knowing that justice was served.

Cheary will be sentenced the afternoon of January 30th.

Alavezos said Sophia's mother, Erika Smith, holds a degree of responsibility, but that she will also be affected the rest of her life.

Smith has never been charged with a crime in relation to the case.