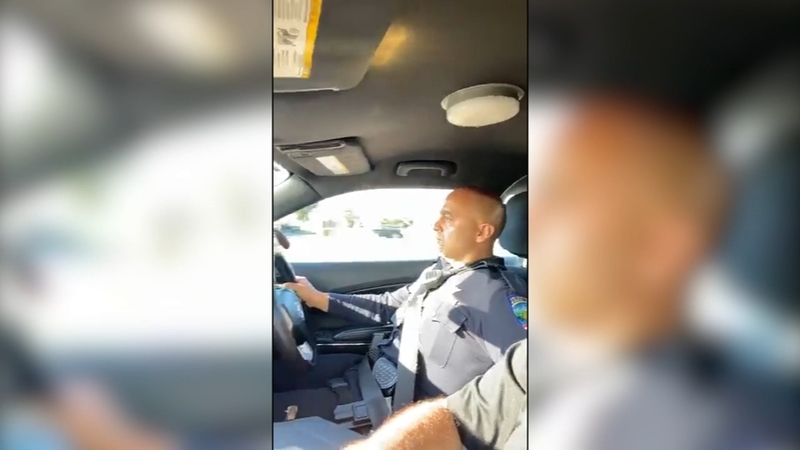 CLOVIS, Calif. (KFSN) -- It was a pretty routine day for police officer Antonio Ferguson as he patrolled the streets of Clovis.

He was keeping a lookout for traffic violations and making stops accordingly, but on Thursday there was one big difference, one that was not visible from the inside of his cruiser.

Physically there were only two people in the vehicle, but virtually dozens were sitting in the back seat.

The Clovis Police Department was hosting a virtual ride-along, giving community members a first-hand look into a traffic officer's shift.

The social media event showed people why certain drivers get pulled over and what happens during the stop.

Viewers also got to ask questions.

"The traffic stop is for expired registration, the driver is being cooperative, but they will be cited," said Ty Woods with the police department.

Normally PD performs in-person ride-alongs, but COVID-19 has brought that to a halt.

Social media is now allowing them to connect with people. It's also an opportunity to let folks see the world through an officer's perspective, even if it's only for a couple of hours.

"When you have this kind of transparency, it allows people to see what is happening in their own local area," said Ferguson.

When the ride-along concluded, about a handful of people were cited.
At the end of the day, Ferguson hoped through these virtual events people not only become informed but also get a better understanding of who officers are.

"I am a father, I am a husband, I am a son, I'm just like anyone else out there, I just have a different job," said Ferguson.