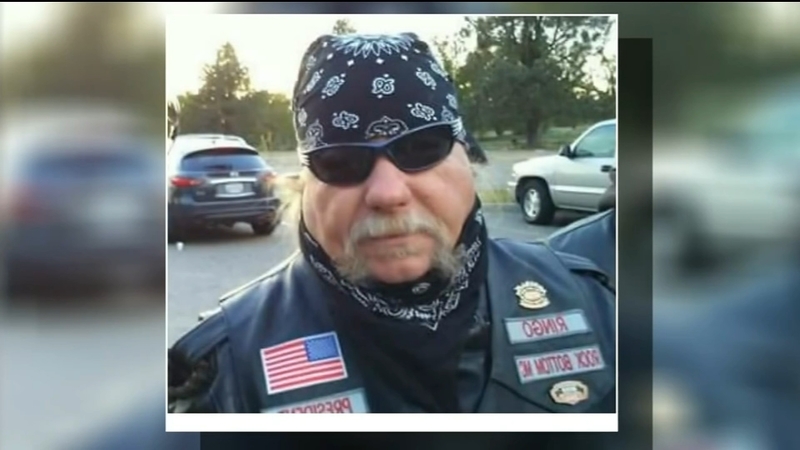 A North Valley man is dead after he was thrown off his motorcycle, then hit and killed by a car near Dos Palos.

The victim is David Ring of Dos Palos. The collision happened around 10:30 along Valeria Avenue. The California Highway Patrol says Ring was driving his motorcycle past Bryant avenue when he hit a dog. It ejected him from the bike, and moments later, a car struck him.

"It was informed that the driver could not see anything on the roadway until it was there. The impact on the roadway, I don't think he realized it was a person at the time. He was at the scene when officers got there," CHP officer Shannon Stiers said.

However, Officers said they smelled alcohol on the driver identified as 38-year-old Leroy Conley, and he was booked for a felony DUI.

"The officer's going to have to investigate if there are any other witnesses. He's going to see who the owner of the dog is," Stiers said.

Family members said Ring was married to his wife for more than 40 years. He also leaves behind a daughter.

"Just Why? Because he's such a good guy. This didn't have to happen. They should've had their dog locked up or whatever, or on a chain," Ring's sister, Dawn Marie Mccarty said.

Officers are investigating whether Ring was wearing a helmet. There was one found at the scene, but investigators aren't sure if he was wearing it at the time of the accident.

Mccarty said drivers are constantly speeding along Valeria Avenue, and it's very dark. She said the worst part of the accident is not known exactly how her brother died.

"He might've still been alive, then maybe the car killed him. Maybe he died on the bike. I don't know," Mccarty said.

Ring's sister said her brother was loving, and would give the shirt of his back to help anyone.

Conley was booked into the Merced County Main Jail.