Dinuba High alumni upset by a mural 'cover-up' on campus 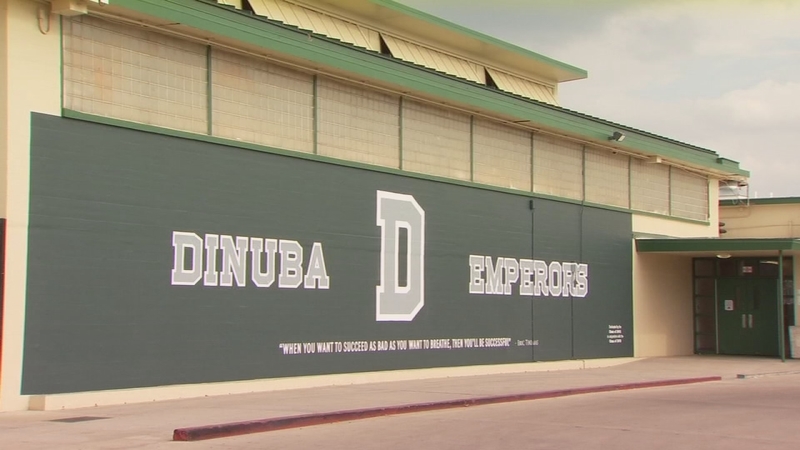 Dinuba High alumni upset by a mural 'cover-up' on campus

FRESNO, Calif. (KFSN) -- For eight years, the Class of 2010's greatest accomplishments hung proudly on the west wall of Dinuba High School. This weekend, without explanation, that history was mysteriously erased.

"To see something we worked so hard on to be removed in the span of 48 hours was shocking," said Leah Sadoian, a graduate of the Class of 2010.

Sadoian served in student government as a high school senior and watched as her classmates sold concessions, put on dances, and organized bake sales to raise $5000 over four years. Even former teachers were upset to see that hard work and legacy coated over with new paint.

"A lot of thought usually goes into their senior gifts, it's so upsetting to me that they would just wipe it out," said Shelly Henderson, the former student council faculty advisor.

All the anger prompted the principal to post a message on Facebook. He explained the removal was a difficult yet necessary decision. He told us on the phone the mural's clear coat and seal was deteriorating in the sun, that's why he approved the idea for the Class of 2018 to paint a new one in the same location.

The principal says he told the Class of 2010's faculty advisor and assumed students in this year's graduating class would have reached out to the alumni. Sadoian says that never happened.

"To think that you could talk to a teacher and assume that's enough permission, that's a total lapse of judgment," said Sadoian.