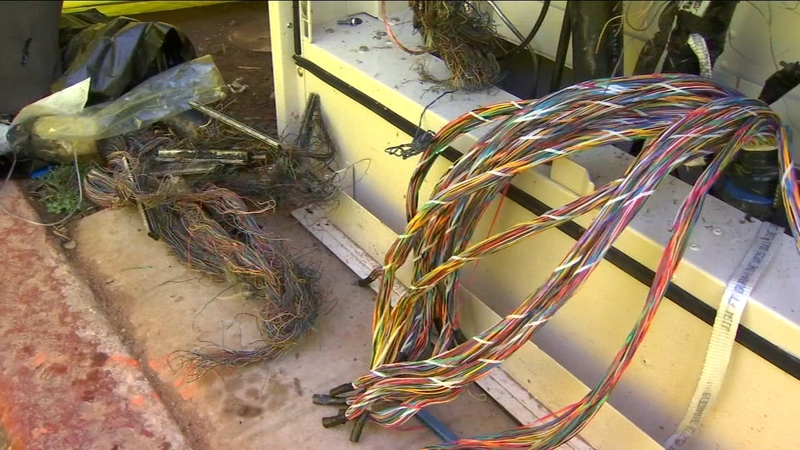 FRESNO, Calif. (KFSN) -- Some neighbors near Fresno Street and Sierra Avenue in Northeast Fresno are on day 17 of no Wi-Fi, internet, phone service or cable.

"It is a first world problem I know, but it's just really inconvenient," Lori Meadors is a mom of three.

She says the outage is impacting her entire family, especially the kids.

"We had to take our kid to Starbucks to do homework, and our phone doesn't work," she said.

The lack of service is the result of a FAX bus crash that happened on March 10.

Authorities say the driver had a medical emergency and drove into a power pole along with two AT&T boxes.

Now two weeks later the question of when it will be fixed is still unknown.

"I've called over four different times, and each time there is a different answer," Meadors said.

"It's not like we are going to die," But Jack Jarvis tells us it is making life somewhat problematic.

"If it keeps going we are going to use up our data plan again," he said.

While Jarvis hopes that will not happen, Meadors says a contractor mentioned the outage could last a while.

"There is like four different stacks of wires, and there's a man working on it now," she said. "And he's able to restore one of the stacks, but the other three are completely and rewire it from scratch."

A spokesperson for AT&T could not talk specifics about the damaged equipment.

However, he did send us this statement saying:

We continue to work to repair and replace an equipment box that was severely damaged by a recent traffic accident in Fresno. Our team has been working around the clock to restore service, and we apologize for any inconvenience this has caused to our customers.