Former employee in custody for murder of Tulare County dairyman 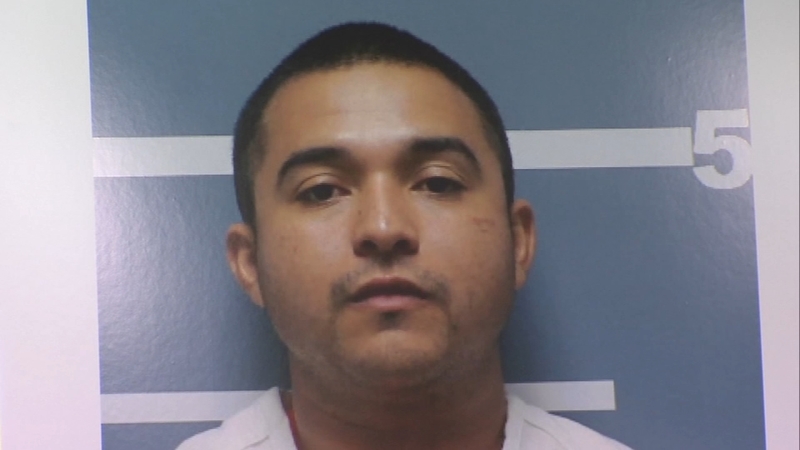 Former employee in custody for murder of Tulare County dairyman

The man suspected of killing a South Valley dairy owner is in custody.

Deputies say he left a trail of clues on camera, making several stops until he found his target.

Investigators are still working on a motive, but they do know the suspect used to work for Tony Dragt and was fired after he stopped showing up for work in June.

Family members told investigators that the suspect had been harassing them since.

Action News spoke with an irrigation worker who said Dragt was a great man to work for.

"Great human being. I haven't had any other bosses like him, just a great person to be with and work for," said Sam Munguia.

Deputies say Dragt was gunned down on Tuesday afternoon near his dairy by Jorge Rivera.

"Witnesses confirm that Jorge was at the scene shooting into the vehicle of our victim, as he laid on the ground... walked over, stood over the top of him and fired rounds into him, killing him," said Tulare County Sheriff Mike Boudreaux.

Deputies were able to track down Rivera's car because he was seen on surveillance camera stopping at different dairies looking for Dragt.

Investigators pinged Rivera's phone and saw he had driven south to the Richgrove area.

After a short stakeout, they stopped his car and he was taken into custody.

"In the vehicle were found four different guns. A shot gun, an AR-15, a 45 caliber and a 9 mm pistol," said Boudreaux.

It's unclear where these guns came from, because the serial numbers were filed off, and according to investigators there are no guns registered in his name.

As for what led to the shooting, detectives are working to figure that out.

"As we learned in speaking with the family, he quit showing up to work and so a termination notice was given to him. However, he had actually not come back to the work site to receive that termination notice."

Now employees are just trying to wrap their mind around why someone would do this...

"It's someone's life that he took away. It's not fair," Munguia says.