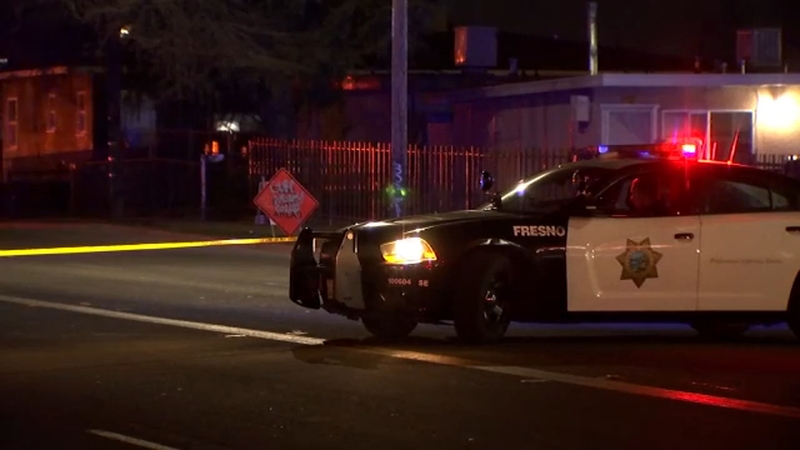 FRESNO, Calif. (KFSN) -- We've seen a staggering number of hit and run crashes in just the first six weeks of the year, including four fatalities.

Now, Action News investigates what's behind the troubling trend - and what can be done to stop it.

There have been three deadly hit and runs just this week in Fresno.

On Monday morning, 28-year-old Taylor Logan was found dead in the road near Ashlan and Maroa with evidence of a crash.

Police later tracked down the suspected driver and arrested them.

Later Monday afternoon, 72-year-old Chou Vang was hit by a driver who ran a red light and then ran from the scene.

Two good samaritans chased after the suspect and held him down until police arrived.

"I got kids, you know? I wouldn't like that if somebody hit my kids and get away like that, so I did what I did," said Jose Godinez.

Early Tuesday morning, a man in his 40s was found in the road at Olive Avenue near Rowell.

He was taken to the hospital where he died. Police are now searching for the driver who hit him.

"Last year, we had about 1,400 hit and runs in the city and this year, the way we're starting, we're on track to beat that, unfortunately," said Fresno Police Dept. Sgt. Mark Van Wyhe.

Between January 1 and February 9, there have been nine traffic-related deaths, more than twice as many as this same time last year.

Four of the nine deaths this year have been connected to hit and run crashes.

"Me and my children didn't know until Wednesday morning, the next day, January 26th, at 7:30 in the morning what happened to my husband. That's when our lives changed," said Roberts' wife, Shelly Roberts.

A memorial has been set up on the corner of Cedar and Bullard where he was killed, which is just steps away from the apartments where he lived.

Investigators don't know why so many people decide to leave the scene of a crash.

They suspect those involved are unlicensed, uninsured, or impaired.

But officials say, by leaving the scene, the drivers are creating much bigger problems for themselves.

Officials say, many times, in vehicle versus pedestrian crashes, the pedestrian is at fault.

He says those pedestrians tend to be under the influence or dealing with a mental illness.

"It's so easy just to stop, deal with the consequences. A lot of times, it's a citation," said Sgt. Van Wyhe.

In addition to regular enforcement, Fresno Police has also received a grant that allows extra officers to go out and do enforcement to ensure pedestrians are out of the roads.

Investigators say drivers who decide to leave the scene shouldn't bet on getting away with it.