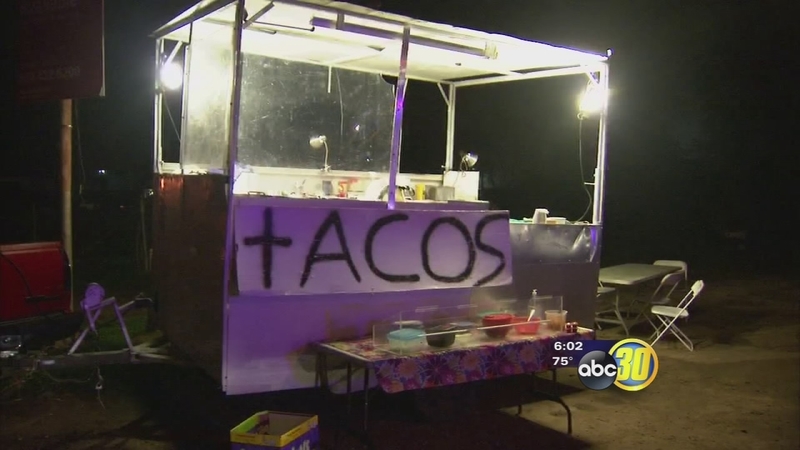 FRESNO, Calif. (KFSN) -- Detectives say these suspects are violent and armed and targeting Spanish speakers who sell things like corn and tacos on the street.

Fresno police say the bold suspects are going after vendors pushing carts and selling food but they even followed the owner of a taco truck home and robbed him just as he got out of his car.

Pat Mares a Fresno Police Detective said, "Often times if they are feeling any resistance, they'll assault them with the handgun by actually striking them with the surface of the gun as opposed to shooting them."

Investigators say on one occasion two suspects even robbed gardeners who were mowing lawns near Fruit and Saginaw. Officers aren't sure if the same suspects are involved in every robbery but the armed thieves are working in pairs. "Individuals will approach them, sometimes indicating they would like to purchase some of their product and ultimately ending up assaulting them- taking their cash," said Detective Mares.

Fresno Police say the corn vendors have all been robbed in broad daylight. And they are warning all mobile vendors to stay on main streets and out of back roads and alleyways.

Police Chief Jerry Dyer is concerned there could be even more victims who haven't called police to report the crime. "We know of four of these cases that were reported to us in the last 28 days- but there could be more victims. Often times the people being targeted are Mexican nationals who are undocumented. They don't always report when they are a victim of a crime."

Detectives have few leads. So they are telling street vendors to look around while they are walking down the street.