KFSN
FRESNO, Calif. (KFSN) -- The incident started with gunshots ringing out on the street. Police said they received a lot of 911 calls, rushed to the scene, and that's when they became targets.

The original shots hit a house, a vehicle, a swamp cooler and a dog, but police don't think the suspect was shooting at anyone until they got here. He was in a back shed and officers cleared out the house before the 21-year-old came out shooting.

Police say he fired a total of 75-100 shots and some of them whizzed past them before two officers opened fire and killed the suspect.

The man's mother said she didn't know he had guns and she's dumbstruck by the whole thing.

"I just want to know why the police shot and killed my 21-year-old son. This is a parent's worst nightmare," said Rachel Rodriguez, suspect's mother.

"One of the neighbors to the west did hear a comment that he made earlier in the morning, something about its time to end it all," said Jerry Dyer, Fresno Police Chief.

Police say the man was also a gang member, but his mother tells us he was getting out.

Police were still on the scene collecting evidence and interviewing witnesses late Wednesday morning, including neighbors who told us they were scared for their lives.
Report a correction or typo
Related topics:
fresno centralofficer involved shootingofficer involved shootingfresno
Copyright © 2021 KFSN-TV. All Rights Reserved.
RELATED 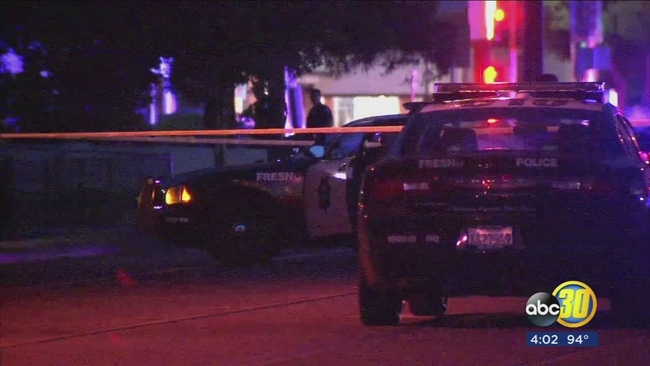