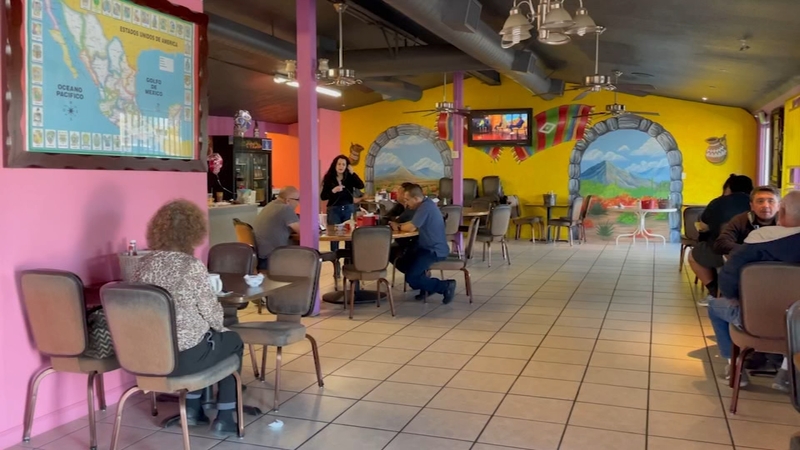 Local restaurant sees light at the end of the tunnel

FRESNO, Calif. (KFSN) -- It's only been a week since Fresno County has been in the red tier, and some business owners are experiencing exciting change.

For over 15 years, Rosy's Mexican Food Restaurant has been the Ledezma family's pride and livelihood and never expected the pandemic to hit too hard.

"This past year was the worst year not just for us, many restaurants had the same struggles," says Nazario Ledezma, Co-Owner of Rosy's Mexican Restaurant.

His wife, Flora, agrees and says her job is her life and therapy, especially since she meets many people in the community.

In March of last year, their worst nightmare became a reality.

They shut down for three months when to-go orders were not enough to make ends meet.

Slowly but surely, restaurants were allowed to host outside dining.


On March 30, another game-changer: a shift to the red tier for Fresno County, meant inside dining at 25% capacity or 100 people, whichever is fewer, was allowed.

"Finally, we see the light at the end of the tunnel, but it was really tough," says Nazario.

In the last week, they've noticed a surge in customers and say what they've missed most are the interactions with the people who make their business feel like home.

Nazario agrees and says, "Our customers they have been coming for years, we have a friendship with them, and it's pretty amazing."