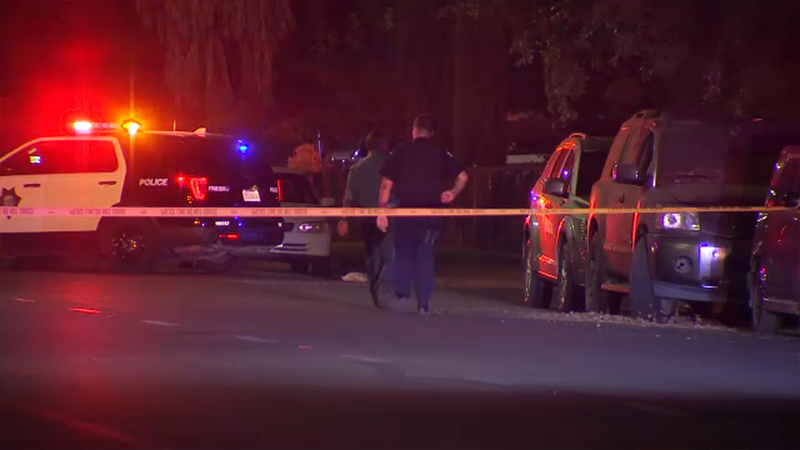 Officers responded to a Shotspotter call of 16 rounds fired in the area of A Street and Calaveras Avenue before 11:30 pm on Sunday.

Investigators found a 21-year-old woman shot in the arm.

A witness told police two men in a dark-colored car stopped in the middle of the street. They both pulled out a gun and fired multiple shots.

Two vehicles on A Street were hit.

Multiple shell casings were found at the scene.

The woman was taken to Community Regional Medical Center and is expected to recover. It's unclear if she was the intended target.

No word on the suspects' whereabouts or if the shooting was gang-related.