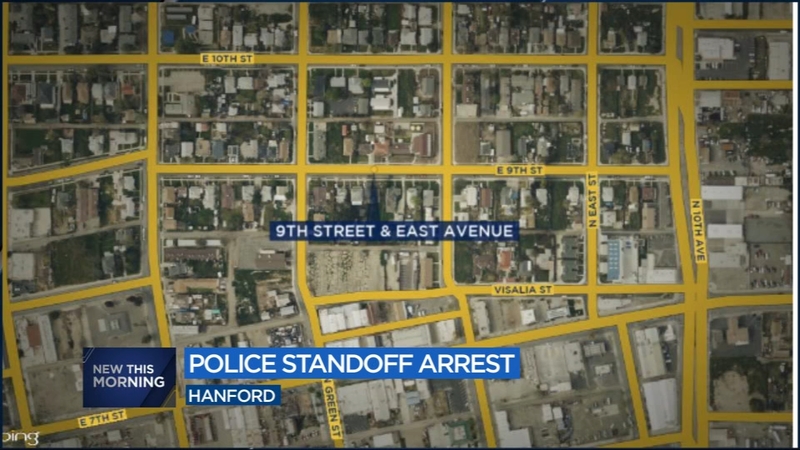 FRESNO, Calif. (KFSN) -- A man is in custody after a crash that led to a standoff with Hanford police officers on Wednesday.

Officials say at some point, Wilder fired off some kind of weapon and then barricaded himself inside a house on 9th and East Streets.

A SWAT team was called out to the scene.

Wilder came out of the house three hours later and surrendered. Police believe he knew someone in the home.

No one was hurt during the standoff or crash.

Investigators have not said if a weapon was recovered.