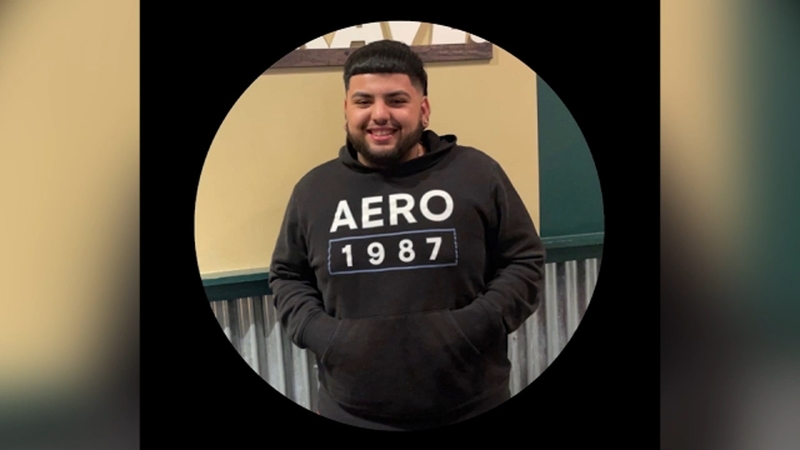 PARLIER, Calif. (KFSN) -- A Parlier family is reeling after someone gunned down a 16-year-old boy in his bed last night.

The Fresno County sheriff's office is investigating the shooting that killed Ricardo Chavana while he and his family members were all in bed.

The letters 'A' through 'I' mark the nine bullet holes in the bedroom window where Ricardo slept.

His father says the shooter or shooters hopped a wall into their yard and walked right up to the back of the house where they unloaded.

Some bullets hit Ricardo's pillows and some of them hit the 16-year-old.

"Several gunshot wounds, so he was rushed off to Selma Hospital," said Tony Botti, spokesman for the sheriff's office. "It was there a short time later that he was pronounced deceased."

The Parlier High School student was five days away from the first baseball game of his junior year.

His coach said Ricardo was a great pitcher and always made his teammates laugh.

His father tells me Ricardo avoided the gang lifestyle and didn't have any enemies.

But he shared a bedroom with his older sister and their father thinks she was the target, possibly because of a recent breakup, so he's concerned the family is still at risk.

"He's scared they're going to come after her," his interpreter told us.

Detectives are now looking for video between 10:30 and 11:30 Sunday night from any surveillance cameras in the neighborhood.

The family is desperate for help to catch a killer and keep the rest of them safe.

"If somebody knows who killed him, come out and say something," Ricardo Chavana Peña said.

Investigators are hoping anyone with information will contact Crimestoppers anonymously.