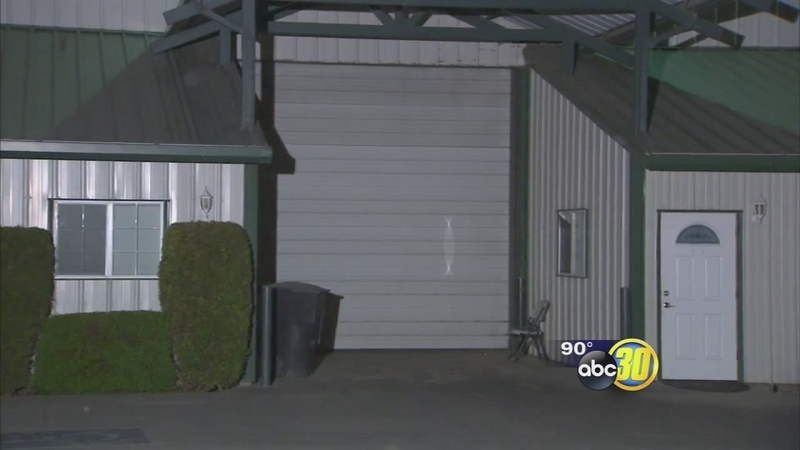 MERCED COUNTY, Calif. (KFSN) -- A 9-year-old boy is being treated for a gunshot wound and deputies say his brother pulled the trigger.

It happened in a Livingston neighborhood near Atwater Jordan Road and Robin Avenue just after 5:30 Wednesday evening.

Merced deputies say the 9-year-old boy was shot in the right side of his face and he is being treated at a Sacramento area hospital.

Deputies say the nine-year-old child and his 14-year-old brother were shooting pigeons on Wednesday with their dad nearby. Later that evening they were in a shop on the property of Victor Produce when detectives say the older brother accidentally fired the loaded shotgun.

Captain BJ Jones with the Merced County Sheriff's Office said, "The 14 year old told detectives he had his finger on the trigger and he didn't see his brother originally but he knew he was walking nearby. He heard his brother crying and then he saw he had an injury to his right side of the face."

The teenager told his father who then called 9-1-1. Deputies say the gun in this shooting is used for hunting.

"Sometimes it's referred to as a pheasant gun," said Jones. "The caliber is a .410 shotgun shell so it's pretty menacing. It's designed for foul and other small game."

According to investigators, everyone involved has been very cooperative. No charges have been filed at this time.