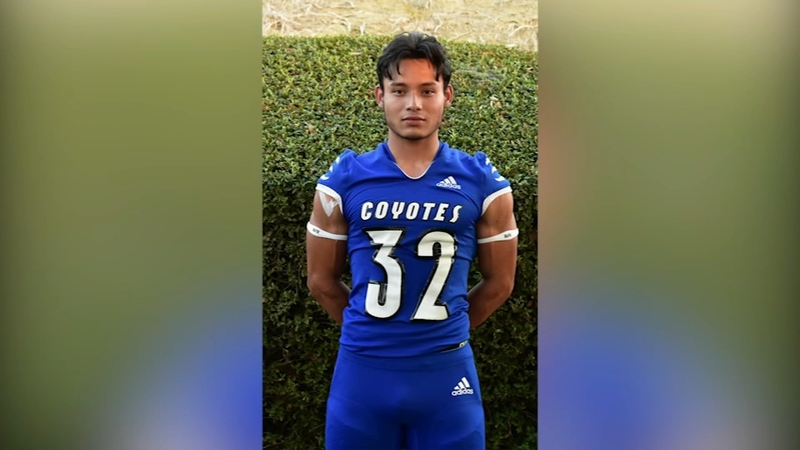 MADERA, Calif. (KFSN) -- It's been a somber couple of days at Madera High School without 19-year-old Roberto Lopez. His football coach tells Action News he's heartbroken and never imagined he would have to share the tragic news with Roberto's fellow teammates.

Madera police say it was at the intersection of Olive Ave. and 6th St. where they arrived at a crash involving only Roberto's motorcycle early Wednesday morning, just after midnight.

They say that for unknown reasons, the 19-year-old crashed into a median and later died at the hospital.

"We were able to look into surveillance in the area that will at least allow us to paint a picture leading up to the crash of what was going on," said Sgt. Felix Gonzalez of the Madera Police Department.

Sgt. Gonzalez works out of the Madera High School campus and says it's clear that Roberto left an impact on his classmates, teachers and coaches.

"You look at his age in this case and he had his whole life ahead of him," said Sgt. Gonzalez. "A lot of aspiration and from what I understand, he was a good athlete."

Roberto's football coach tells us he first joined the team three years ago after arriving from Mexico, hardly speaking any English. He says Roberto exceeded his expectations on the field as a defensive lineman on the varsity team and in the classroom when he became fluent in English.

His coach has set up a GoFundMe account to help Roberto's family pay for funeral expenses.

The Madera Unified School District released a statement saying in part, "As we mourn the tragic death of our student, we offer sympathy, prayers, and comfort to the family, friends, classmates, teachers, and everyone who loved him and shared in his life."

The district says counselors and psychologists were made available to students, staff, and community members who found themselves needing help.