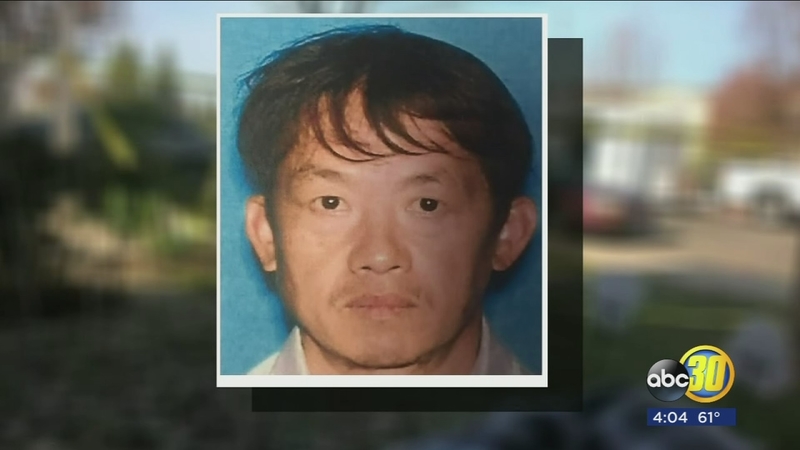 MERCED,Calif. (KFSN) -- A Merced woman and her boyfriend are dead, and police say the suspect who did it killed himself hours later.

Police were called to a home in North Merced on Saturday where they found the murdered couple but police say the investigation is still ongoing and say a case like this is very rare.

At first, police say the scene was made to look like a murder-suicide but after investigating police believe the suspect shot his wife and her boyfriend, then took his own life. Linda Vue and her boyfriend are dead after police say her estranged husband, Tom Vue, killed them both in a crime of passion, then killed himself hours later.

Sgt. Curt Gorman of the Merced Police Department said, "It's a domestic violence incident that's really gone as far south as it can go."

Authorities got a call to a house on the 1200 hundred block of Daybreak Drive on a report of two people not breathing. When they arrived, they found the 41-year-old woman, and a Hispanic man dead in the master bedroom.

They say the couple most likely died from gunshot wounds. At first, the scene looked like a murder-suicide but they say the evidence did not match up.

"There was a firearm on scene that didn't match the firearm used," Sgt. Gorman said.

Police then set their eyes on Tom Vue, the woman's husband. Investigators say after searching the city, they finally found him an hour later, dead. Investigators believe he killed himself in his truck in South Merced.

Neighbors say they did not hear anything Friday night but woke up to the crime scene.