KFSN
By Corin Hoggard
FRESNO, Calif. (KFSN) -- A man on trial for murder tried to explain his act of violence to a jury Tuesday.

He admitted it to Fresno County sheriff's detectives, but told them he didn't lunge at Romero and he never meant for his former friend to die.

But he told them he was afraid when Romero blew through a door, past his girlfriend, and just started punching him while his dog also attacked Smith.

"Did you feel your life was in danger?" asked his defense attorney, Tony Capozzi.

"Did you feel (the girlfriend's) life was in danger?" Capozzi asked.

"Why would you think that?" the defense attorney followed.

"Because she's told me she's afraid of him," Smith said.

"Did she say? Why was she afraid of him?" Capozzi asked.

"Because he's a violent person."

The woman's father took a photo of an injury she said Romero gave her -- one of several he saw over the course of their relationship -- and sheriff's deputies had arrested Romero a couple months earlier for domestic violence against her.

An investigator said she was hesitant to give details because she said deputies wouldn't be able to protect her from Romero all the time.

But Smith admitted Romero didn't come after him with a gun or a knife.

"You said that you never saw Anthony with a weapon, is that correct?" asked prosecutor Elana Smith.

"I saw him with the dog," said defendant Eric Smith.

He told deputies he reached for a knife on the table he was backed against and turned back to protect himself. He didn't even know for sure he stabbed Romero.

But prosecutors say he did it more than once.

"Do you remember somehow sticking him with the knife?" Elana Smith asked.

"Do you remember pulling the knife out of his side?" asked Elana Smith.

"Do you remember pulling the knife out of his heart?" the prosecutor asked.

"Do you remember seeing him bleeding all over the floor?" asked Elana Smith.

"Once he backed up into the wall, yes," said Eric Smith.

Smith's murder trial should wrap up Wednesday with closing arguments from the attorneys. 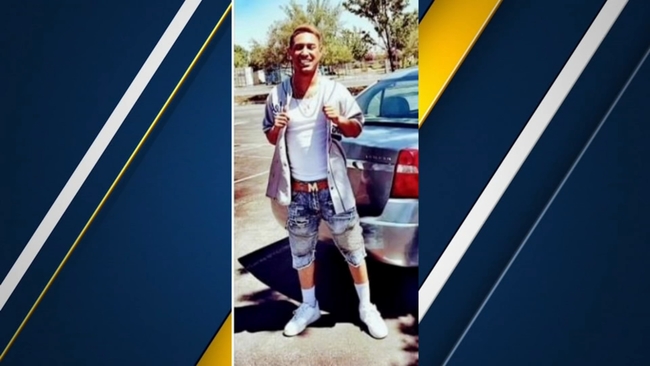