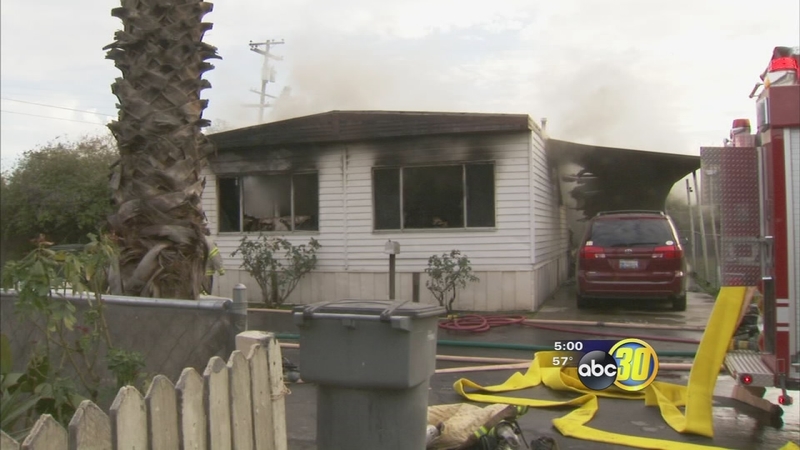 FRESNO, Calif. (KFSN) -- Sixty-five-year-old Ora "Neil" Fanning died Monday afternoon at a mobile home park in West Central Fresno. His wife and two children who were home at the time managed to get out in time.

Investigators said the victim was trying to put the flames out when he was overwhelmed by smoke, but he also had a disability that prevented him from walking without assistance.

Firefighters said the Fanning family knew there was an electrical problem when their lights went off in the living room Monday. "So they went to investigate that in the back electrical panel, which was in one of the bedrooms, and as they were walking over, that's when they discovered the fire in, I believe, one of the daughters bedrooms and at that point they tried to put out the fire on their own," explained Pete Martinez, Fresno Fire Department.

Fire crews said several factors likely led to the deadly fire that has been ruled accidental. Investigators believe they weren't notified immediately when the blaze broke out, also the home didn't have working smoke detectors. The victim also had some challenges with getting around. "There's a lot of excitement when you fight a fire, and especially being that up close, and according to the wife of this individual, he had used a cane and every once in a while had to use the assistance of a walker, so that definitely could have contributed to him not being able to get himself out of the fire," said Martinez.

The fire ripped through the home fast. Flames were coming out of every window when firefighters pulled up. Several animals were rescued, but neighbors say the family is still missing their dog, Zoe.

The dog is especially meaningful because it was a service companion to Neil Fanning.

Neighbors last saw that dog running away from the burning mobile home into a field across the street.