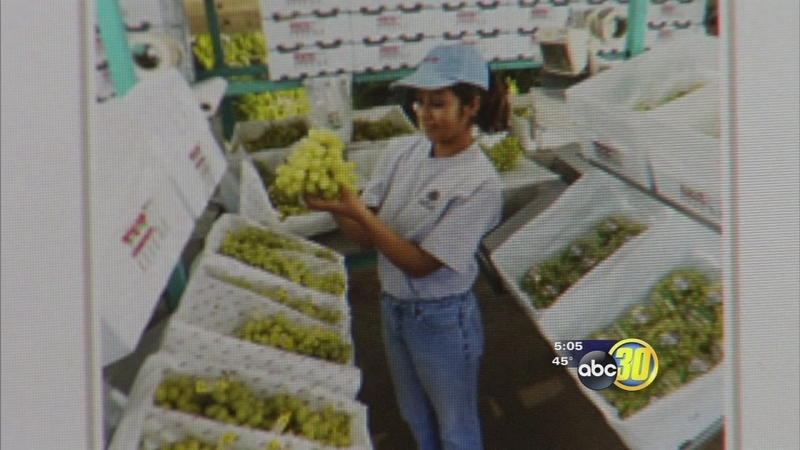 FRESNO, Calif. (KFSN) -- The United Farm Workers union represents field laborers throughout the Valley even though many of the workers are still fighting to decertify the union's representation.

The union says the decision by Gerawan Farming, Inc. to end table grape operations next year has nothing to do with them, and he says the company must now take responsibility for it.

The decision to end table grape operations in Fresno County will affect more than 2,500 Gerawan workers including Silvia Lopez, who now wants answers from the company she says she's been loyal to for 15 years. "What is it about?" Lopez asked. "Like quality of work, what we're doing or what's going on?"

The decision is effective February 25, 2016. The union representing Gerawan employees has received notices and plans to send a letter to the company soon.

"Gerawan has the obligation to negotiate the effects of their decision," vice president of United Farm Workers Armando Elenes said.

Elenas said the effects won't be seen until next fall for a majority of the table grape workers. That's harvest season, and now that it's going away, Elenes says the net loss will be two months of work for pickers, packers and other workers.

Though many Gerawan workers continue their fight to cut ties with UFW, Elenes says they're lucky to still have union representation in a time like this. If they didn't, he says Gerawan would only be required to give employees sixty days notice. "Because they are represented," Elenas said. "The company has the obligation to negotiate the effects, that's a positive to me because that gives an opportunity for the employees to say 'hey, you know, we deserve something for the years of service.'"