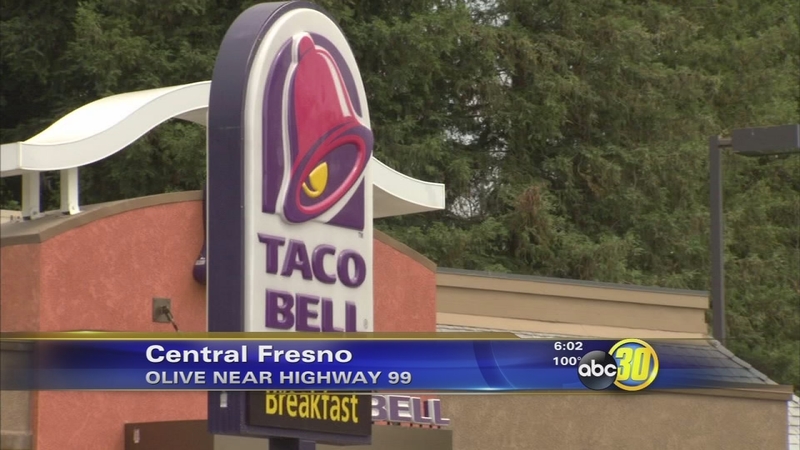 FRESNO, Calif (KFSN) -- Fresno police opened fire on a man armed with a machete in Central Fresno around 3 p.m. Thursday afternoon. Police say it happened outside the Taco Bell on Olive Avenue, near Highway 99.

Two MAGEC gang enforcement officers believed they saw a gang member in the parking lot, and after talking with him, found out he was on probation.

Chief Jerry Dyer says one of the officers began a search, and felt a large metallic object in his pants. That's when the suspect ran away and pulled out the weapon, running towards the other officer. That officer shot at the suspect three times, but missed. The man threw a two foot long machete over a fence before being detained nearby with the help of the CHP. Chief Dyer says it all happened in a matter of a minute, and thankfully, no one was hurt.

"Anytime we have incidents like this and there's officers fire their weapon or suspect fires their weapon, when there is no one injured, that is the best possible outcome," Dyer said.

Dyer says the suspect will be arrested for violating probation and possessing an illegal weapon. Police are still trying to determine if the suspect, believed to be in his early 20's, was a gang member or gang associate.

This is Fresno's second officer-involved shooting in the last 10 months.