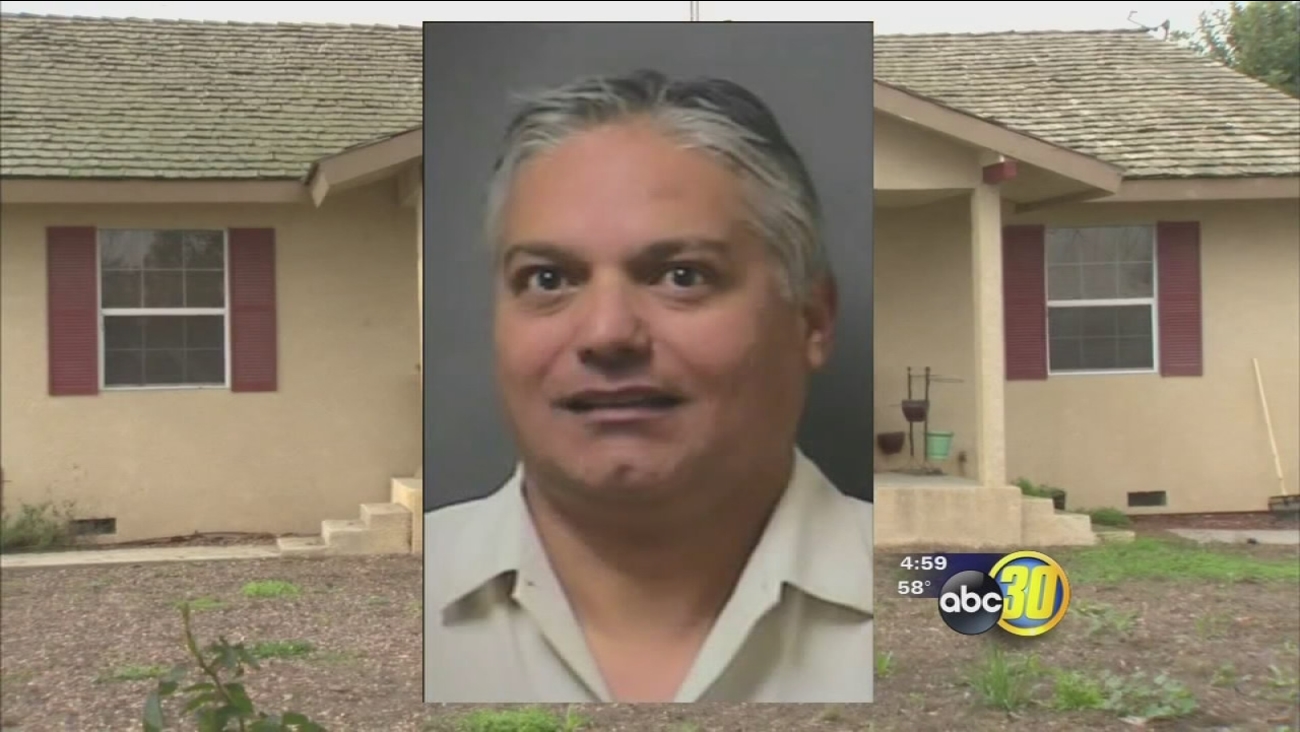 A community in shock after a Hanford farmer is accused of murdering a woman in his own home. (KFSN)

HANFORD, Calif. (KFSN) -- A community in shock after a Hanford farmer is accused of murdering a woman in his own home.

Authorities said they arrested 50-year-old Joe Alcala Tuesday night. They believe he stabbed 48-year-old Deborah Jessup to death. Deputies also suspect he was the one to call authorities about the murder and when they arrived he was covered in blood.

Suspect Joe Alcala may have spent hours with a dead woman before calling 911. That's according to investigators who found Jessup's body in his bedroom Tuesday night. "We believe she was down for some time, maybe even a full day before he notified us," said Assistant Sheriff Dave Putnam.

Investigators said Alcala was the one to report a dead body found in his home. Just hours before that call he posted a scrambled message to social media. "Just some strange circumstances. The suspect said he didn't' know how it happened, but then he had also said there was an altercation the day prior," explained Putnam.

The farmer is part owner of the family business-- Alcala Farms. He's also a former board member for the Kings County Farm Bureau. An organization that said he hasn't been closely involved with them in awhile. Alcala posted a picture of him and Jessup together in a picture just last week. On Tuesday, she was found dead and stabbed in the chest. "He's been charged with murder and he did give a partial confession to our investigators, so it'll be a pretty solid case," said Putnam.

This isn't Alcala's first run-in with the law. Investigators said he's been arrested several times before for driving under the influence.