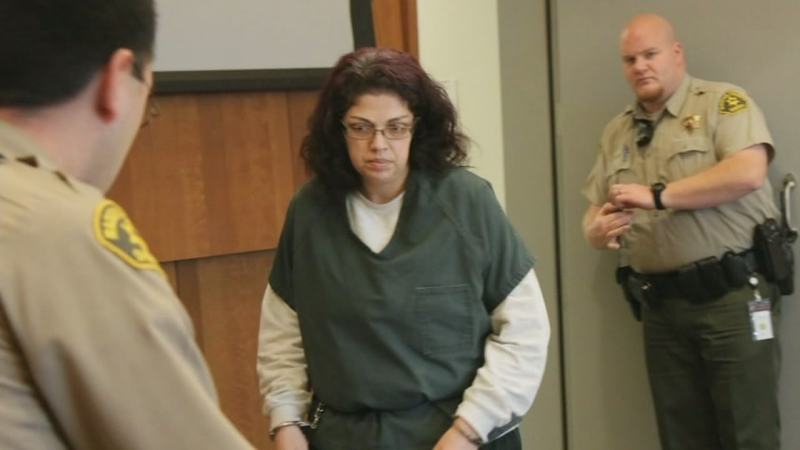 MADERA, Calif. (KFSN) -- Attorneys wrapped up their cases in the preliminary hearing for Amy Chavoya.

The 42-year-old is accused of torturing and killing her adopted daughter in October of 2014.

Tuesday, a teacher testified the young victim showed up at school with injuries so often that staff members called CPS more than 20 times. A doctor who specializes in child abuse also took the stand.

Doctor Philip Hyden made it very clear, he believes Chavoya murdered her adopted daughter. He said Mariah Flores was tortured over an extended period of time and died from internal bleeding after a blow to her stomach. "I've never seen a case where a 12-year-old has self-inflicted these injuries. The only way this could be done is someone doing this to the child."

A former Webster Elementary teacher also testified Flores was a very skinny child who stole food and ate out of the garbage. She said the little girl often showed up with black eyes, burns, and other wounds. "Besides the bruises and those kinds of things, there were also times when she was on crutches," said Wendy Mccully, Mariah's former teacher.

But defense attorney Steven Geringer raised questions about other ways Flores could have been hurt from fighting with her siblings to injuring herself.

Chavoya's adopted son also took the stand for a third day and spoke about being cut with a knife by his mother. The 14-year-old said he didn't tell anyone about the abuse out of fear-- even his father, who Action News has now confirmed is a sheriff's deputy in San Joaquin County. He is currently on administrative leave.

The Madera County Sheriff's Office is still investigating if the adoptive father had any knowledge of the alleged abuse.