Residents of Visalia neighborhood frustrated about speeders on busy street 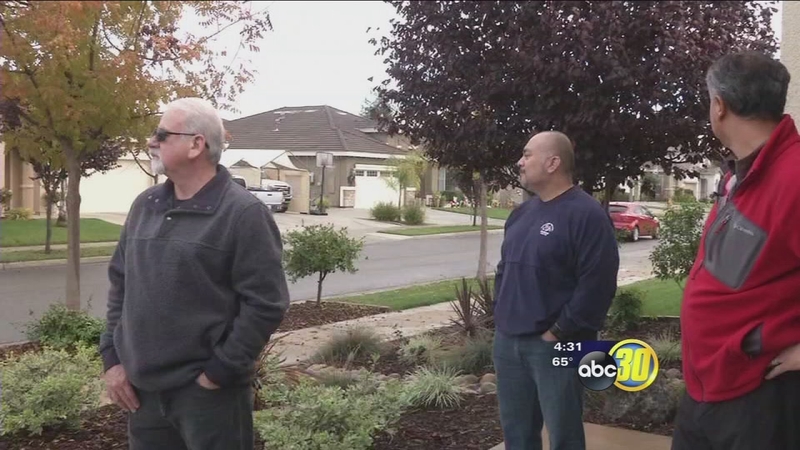 Residents of Visalia neighborhood frustrated about speeders on busy street

VISALIA, Calif. (KFSN) -- Spend some time on Perez Avenue in Visalia and you will see and hear the steady stream of cars passing by. Mostly parents, on their way to drop off kids at Manuel Hernandez Elementary School around the corner.

The speed limit on Perez is 25 miles per hour, but Jim Garcia said many go much faster than that. Especially if they're running late.

Garcia reached out to Action News about the problem.

"Some just don't care, and some are unaware, and others are texting while they're driving or doing other things," said Garcia.

Garcia and his neighbors are frustrated as they watch the heavy traffic flow before school starts. For more than a year, they have been asking the city to do something about the speeding problem.

Whether it is more of a police presence, speed bumps, or some kind of reroute or closure.

Mayor Steve Nelsen has personally surveyed the site and said the city has been in contact with the school and district and has done complex studies. But he said the data they collected does not warrant any action, and they have to follow state rules and regulations.

"Do you have an occasional speeder? Yes. Do you have consistent speeding? No."

"They're speeding or they're not, and they are. And it's not just speeding, it's reckless driving, and it's road rage," said Garcia.

"We don't tell the people to not drive by, the only thing we want is them to go slow, you know," said Luis Gonzalez, Lives on Perez Avenue.

Garcia said the city's conclusion was that the speeding problem was perceived. He took that as an insult and pointed to problems he saw in the data they collected.

"And for someone not to care about that, it hurts. But the main thing is for the kids. It would be tragic if a little kid got hit or worse."

"And there's no reason for us to tweak the data. We're going do what's best for the neighborhood that we can under rules and regs. And so we take this seriously, and we've spent that time," said Nelsen.

For now, nothing changes on Perez Avenue, but these neighbors will still be watching. And hoping drivers get the message to slow down before it's too late.