"It looked like a jungle out there"
KFSN
By Brian Johnson 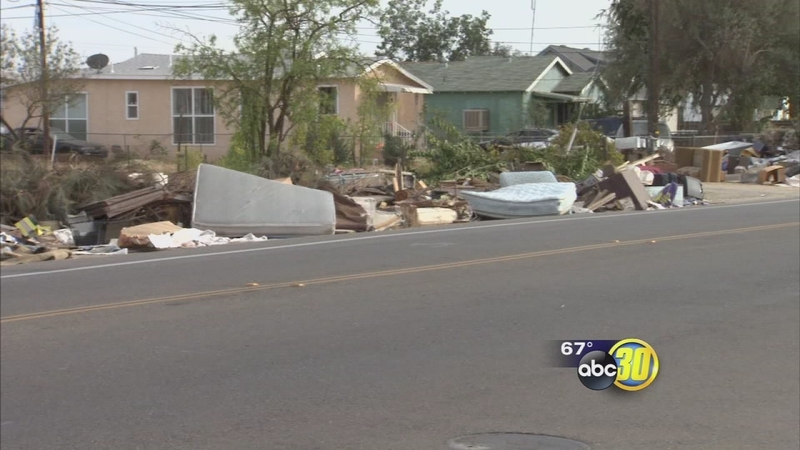 FRESNO, Calif. (KFSN) -- The city of Fresno says their Operation Clean Up program isn't working the way it was designed to, as major streets and thoroughfares are becoming clogged with debris.

City Manager Bruce Rudd says they'll have to go back to the drawing board to come up with a more effective program that doesn't negatively affect whole neighborhoods.

For the very first time, West Central Fresno resident James Smith is dumping trash, which the city will come and collect any day now-as part of the program. Most of his neighbors have similar small piles of trash on the street in front of their homes. Until it was cleaned up on Tuesday, he says the entrance to his neighborhood on Blythe Avenue looked like a jungle, littered with all kinds of trash.

Rudd says in its more than ten years of existence, the Operation Clean Up program, which once a year, allows residents to dump items their garbage service won't take, has been successful. But this year, people are abusing it, to the detriment of neighborhoods, dumping anything and everything, even if they're not from around the neighborhood.

"Some even are for hire, they're not licensed," said Rudd. "They come and clean up somebody's home, and rather than going out to the landfill and dumping the material, they will just dump it in an alleyway, or unfortunately in this case, just add it to the debris that's part of Operation Clean Up."

One homeowner on Brawley Avenue has even started taking pictures of and confronting illegal dumpers that have left this mess near his house. Back towards Blythe, Narciso Perez says he had to explain to the children of his daycare what they're looking at. He and his wife stopped going on walks because of what they had to look at and smell.

"There's tires, (dead) animals, it smells bad," said Perez. "I don't know, the city need to do something about this problem because it's a big, big problem."

Rudd agrees, and says they'll reassess the operation cleanup program, and may even have to completely revamp it for next year.