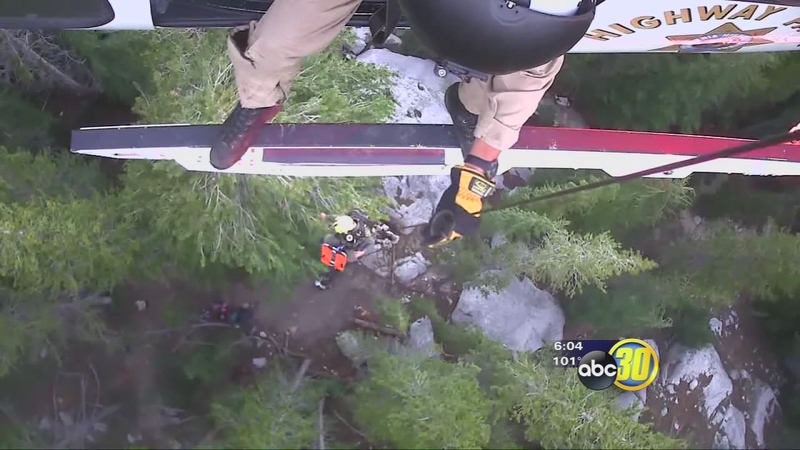 FRESNO, Calif. (KFSN) -- A rescue helicopter crew pulled off a daring rescue, deep in the wilderness of Fresno County. Tara Steele, 66, had suffered a stroke while hiking the John Muir Trail and she was in desperate need of help.

At the time, Steele was far from civilization and the fastest way out was by air. The helicopter crew made up of one deputy pilot and two CHP officers recorded the rescue.

"We should be able to send him down and get her back up," one of the officers said in the video.

Deputy Pilot, Johnny Reyes had to be lowered down to the ground, "Where's our victim at?" Reyes said after touching the ground.

Prior to that moment, Steele had been hiking, alone for eight days and on Sunday, she was closing in on Squaw Lake.

"I started getting wobbly," Steele said.

More troubles followed, Steele said she couldn't swallow and her body was tingling.

Hotchkiss said, what she was feeling was an ischemic stroke.

"Time is of the essence when you have that type of stroke," Hothckiss said, "You need medication to dissolve the clot, you need to have that medication within 24 hours."

Steele added, "It happened in the part of the brain, the medulla which should have killed me."

Fortunately, Steele had a personal locator beacon on her which she used to activate an SOS and send a satellite text message to her daughter. Hours later, she said, Reyes was by her side.

"Are you able to sit up?" Reyes asked during the rescue.

Several other hikers also stopped and they helped Reyes get Steele out. The actual rescue, Reyes said, took 17 minutes but without the beacon, it could have taken days.

Steel was flown to the hospital and before she was released, she was reunited with one of her rescuers.

"She's got a very strong will," Hotchkiss said. 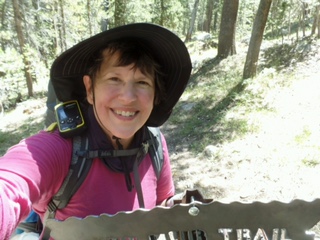 For the crew, it was a successful mission and another life saved. Steele is back at home in Santa Rosa. She said, if her doctor gives her the ok, she won't hesitate to go on another hike.