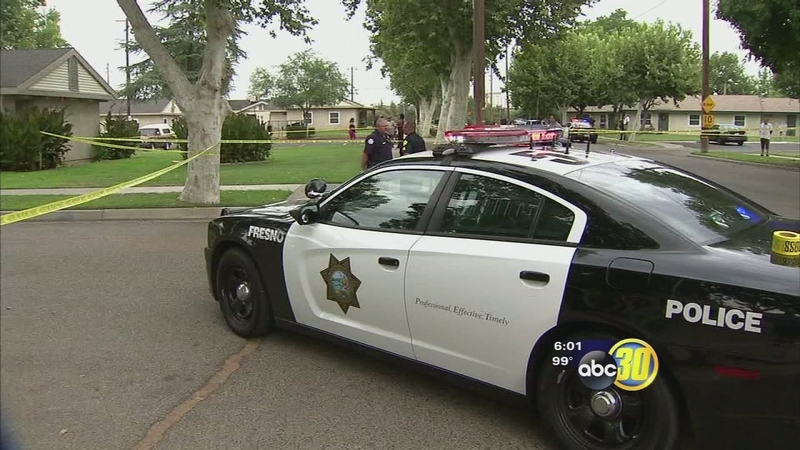 FRESNO, Calif. (KFSN) -- A woman was stabbed to death and the convicted felon suspected of taking her life was shot and killed by a Fresno police officer.

Shortly after noon Monday, two police officers responded to a domestic violence call at a home on El Dorado near Modoc in Southwest Fresno. A woman was heard screaming inside and struggling with a male suspect. Upon hearing officers at the door, a 47-year-old man yelled and said if they went inside he would kill her.

"Within a few seconds after the male making that comment inside that he would kill her if the officers attempted to come inside, the officers did not hear the female screaming any further," said Fresno Police Chief Jerry Dyer.

Once the officers broke into the home, an officer fired four rounds at the suspect and killed him. The victim, a 45-year-old woman, died on the scene.

"We have recovered a butcher knife that was inside. It is about an 8- to 10-inch blade. It does have blood on the knife, and the blade of the knife is slightly bent," said Dyer. "We believe that to be the murder weapon used by the male to kill."

The officer is now on paid administrative leave while investigators look into the fatal officer-involved shooting and stabbing. The veteran officer will also undergo psychological screening and counseling.

"Unfortunately, just within less than a minute of officers arriving, this female was killed, and the officers did everything they can to intercede," said Dyer.

The suspect is a convicted felon who served a 12-year prison term for assault with a deadly weapon. And just last February he was arrested for a misdemeanor domestic violence charge involving the same woman police believe he stabbed to death.

It's unclear if the victim and suspect were in a relationship at this point, but officers believe they were romantically involved in the past. Their names have not been released.

A 3-year-old was inside the home when the fight broke out but ran away before it turned deadly. Police say the child is being taken care of. It's unclear if the child is related to the suspect or the victim. 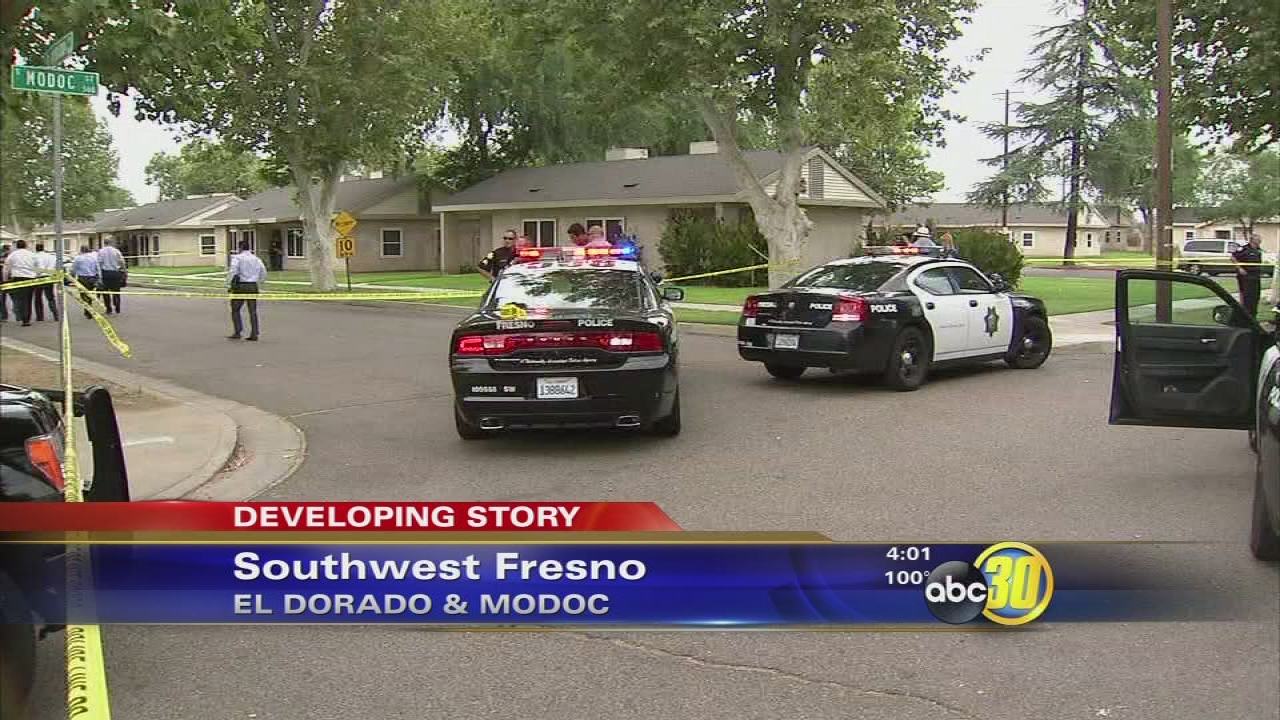