Overnight winds cause Ferguson blaze to explode in size 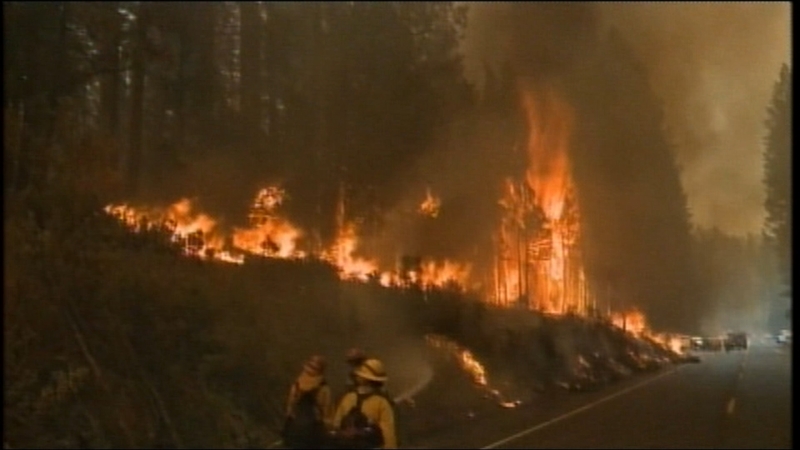 Overnight winds cause Ferguson blaze to explode in size

AWAHNEE, Calif. (KFSN) -- As the majority of Yosemite National Park remains closed indefinitely. Fire crews are working to get the upper hand on the Ferguson fire, all while maintaining the integrity of our national treasure.

"We kinda mix the science and art of firefighting to make sure we don't do more harm," said Yosemite National Park Fire Chief Kelly Martin.

The national parks system has a Resource Advisor Program that tells them where to go without disturbing sensitive features like endangered plants.

"They look for areas that may be harmed or hurt by retardant, by dozer lines especially if there are archaeology sites that we don't want to be impacted," said Martin.

She says other than the rimfire that burned at the north end of the park in 2013, most of the park has little to no fire history over the last 100 years.

"Now with the drought the insect and disease and the tree mortality that's making things a lot worse," said Martin.

As flames inch their way closer to Yosemite Valley a majority of one of the nations most iconic parks remains closed.

To maintain firefighter safety crews are doing firing operations a mile and a half away from the fire line.

They are working to connect and strengthen containment lines along Wawona.

"The work that these firefighters and operations have done to contain that piece has made the community safer," said Martin.

Though there are portions of the park that remain open along Tioga Road from the pass to White Wolf.

It is Yosemite Valley that sees the bulk of the parks, four million-plus annual visitors.