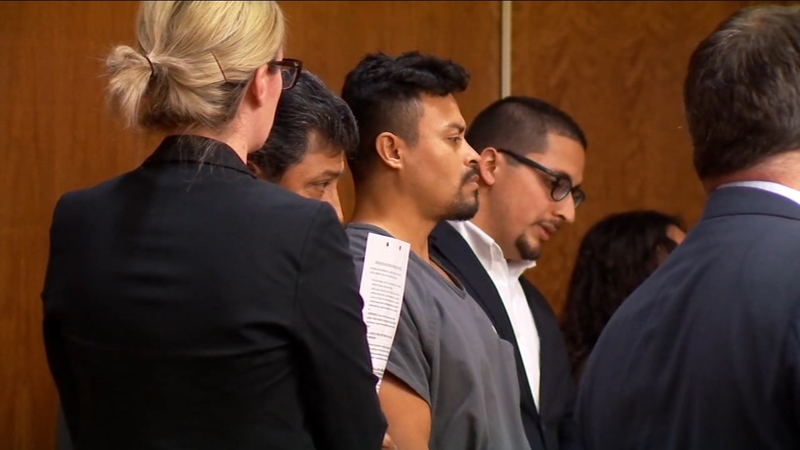 BAKERSFIELD, Calif. (KFSN) -- One by one, each standing next to their own attorney, Bernabe Castaneda, Maria Moreno, and Erasmo Villegas pleaded not guilty to the felony accessory charges filed against them.

Kern County Prosecutors say all three helped accused cop killer Pablo Mendoza while he was on the run from law enforcement last week.

They were arrested at this home near Lamont on Friday-the site where Mendoza surrendered to SWAT deputies.

The affidavit also alleges they conspired to have him travel in foreign commerce from California to Mexico-a charge that carries a five year prison term.

The document reveals that Castaneda and Moreno are married, and that Mendoza is a distant family member.

Villegas is his former co-worker.

Federal authorities say he gave Mendoza clothes to conceal his identity, plus $500 for his escape to Mexico.

All three defendants will be back in court on January 15th for their preliminary hearing and are being held on $1 million bail.