Pedestrian hit and killed by a Fresno FAX bus 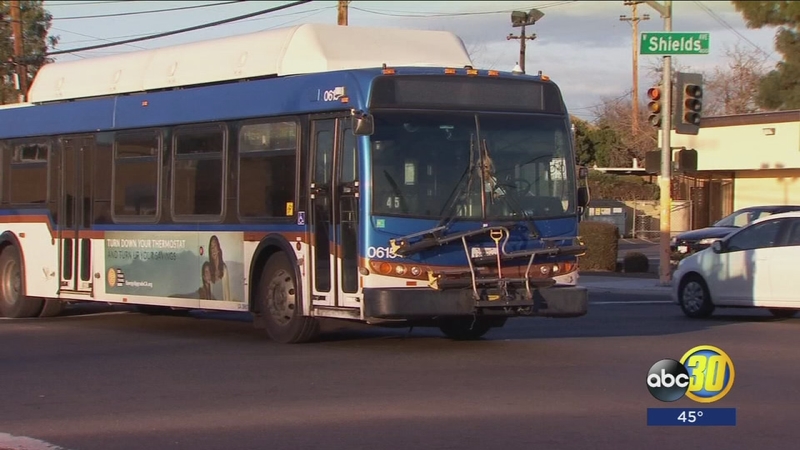 Pedestrian hit and killed by a Fresno FAX bus

FRESNO, Calif. (KFSN) -- The last living moments of Javier Silva play out in a surveillance video. Family members say he was likely on his way back from an early morning coffee run when a FAX bus driver killed him.
Related: Fresno City bus driver hits and kills pedestrian, police chief says

This is 62-year-old Javier Silva. Family members say the Fresno man was likely making a morning coffee run when a FAX bus driver hit and killed him in a crosswalk on Fruit and Shields. pic.twitter.com/ehy0AWXcDW

The victims' niece, Rosalie Vega said, "He walks and here comes this bus, hurtling really fast, and doesn't even yield or anything, just plows right into him."

Police say that Silva had the right of way. You can see him patiently waiting for the light to turn green.

The driver, 69-year-old Rudy Alderedde was preparing to make a left-hand turn. He told officers he did not see anyone in the crosswalk.

Businesses near the intersection say feel the family's pain. They believe the traffic lights are also partly to blame and say the lack a left turn signal on Fruit and Shields encourages drivers to be reckless.

The city's transportation director says it does not matter what Alderedde hit, it is protocol for drivers to stop after any accident.

In this case, he kept going.

Family members say Silva had recently moved back to Fresno from Mexico. He was loved by many and did not deserve to die like this.

We reached out to FAX union representatives, they said because this is a criminal investigation they will not be representing the driver.