Investigators focus on cause of fire that injured Fresno firefighter

What happened in the hours leading up to a house fire that severely wounded a Fresno fire captain?
KFSN 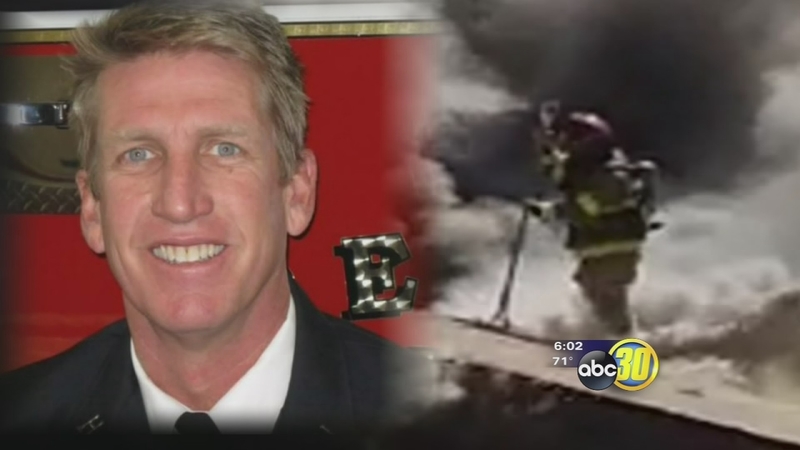 Investigators focus on cause of fire that injured Fresno firefighter

FRESNO, Calif. (KFSN) -- Fire investigators are trying to figure out what happened in the hours leading up to the house fire that severely wounded Captain Pete Dern. They want to talk to the people who were inside the home when flames tore through it. Dern was leading his crew across the roof when it collapsed, leaving him severely burned.

Nurses at Community Regional Medical Center say Dern is stable but still in critical condition. He is able to breathe on his own and was able to spend time with family and friends. In the meantime his colleagues say the best way they can honor him is to figure out what really happened inside that home.

The heart wrenching video documenting Captain Pete Dern's fateful steps has gone viral. It's grabbed national attention and national support. But for Deputy Fire Marshal Don MacAlpine, that incident has become an investigation, and one that's difficult to do.

MacAlpine explained, "Increased multiple fold, the emotions of being a fellow brother, especially one as loved and respected as Captain Dern is."

He takes every single fire scene seriously, but this one bears a different weight.

That means they're not ruling anything out. So far, the only thing they can determine is that it wasn't naturally caused. Action News checked with Fresno police, who were called to the East Cortland home 15 times in March.

On Sunday, the day of the fire, they were there for a domestic fight. That same afternoon, when the fire broke out, another call to police. The caller telling officers that someone had started a fire.

Days later, the garage is boarded up. The hole where Dern fell is still visible. And fire investigators want to talk to the five people who were there when the flames broke out.

It's a puzzle that involves a severely injured colleague, friend, father, and dedicated fire fighter.

"He's far too valuable an individual to let anything get passed over or skipped," MacAlpine said.

Investigators say part of this process calls for re-interviewing everyone who was at the scene. That includes witnesses, paramedics, even fellow firefighters. As of now, there is no official cause and this investigation will likely take a while.