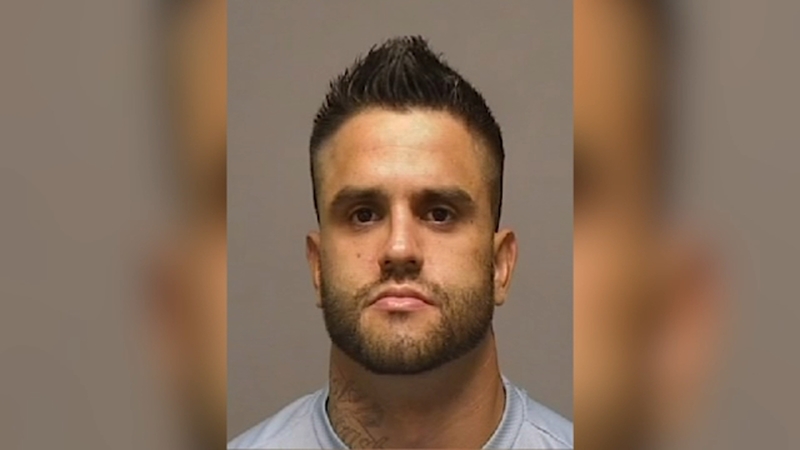 FRESNO, Calif. (KFSN) -- A short police chase ended in a crash near Fresno State in northeast Fresno on Thursday morning.

Clovis police say two detectives in a police cruiser and an undercover vehicle tried to arrest a man wanted on felony charges near Shaw and Willow Avenues.

The man refused to stop, and police followed him down Shaw Avenue.

Detectives were able to maneuver their vehicles to force the suspect's car to stop near Backer Avenue across from Fresno State.

Police have taken the man into custody. He has been identified as 28-year-old Oscar Jiminez of Fresno.

A pregnant woman was in the passenger seat of the suspect's car. She was evaluated by paramedics.

Jiminez will be booked in the Fresno County Jail and faces charges for stalking and evading police.