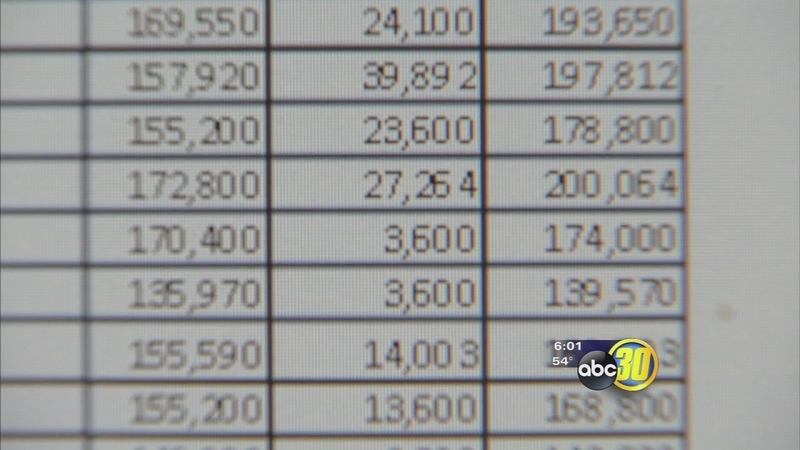 FRESNO, Calif. (KFSN) -- The new Transparency in Government Act would make it clear what every top city official makes, including bonuses and any other compensation.

City Council Member Oliver Baines described it this way: "We believe that in the interests of transparency and in good governance for this city we make this information easily accessible and available."

All seven members of the city council agreed the $100,000 in bonuses and other compensation given to city manager Bruce Rudd, the 20,000 given to Police Chief Jerry Dyer, and the money given to others over the past two years totaling about $300,000 was not easy to find or figure out. A former city employee revealed the information to the media last week. Mayor Ashley Swearengin agreed her office failed to properly notify the council of the spending. "We dropped the ball in not putting the documents on our website, that's certainly something I take responsibility for."

To avoid future ball dropping, Council Members Lee Brand and Oliver Baines are proposing new rules to require such postings before a budget can be approved and they have proposed other steps to increase accountability. Brand said, "In the future, any pay raise, any bonus, any compensation that exceeds five per cent will require council approval. This is a big change."

Swearengin maintains the information was contained in the personnel contracts of the affected employees, but Brand and Baines said it was almost impossible to figure out.