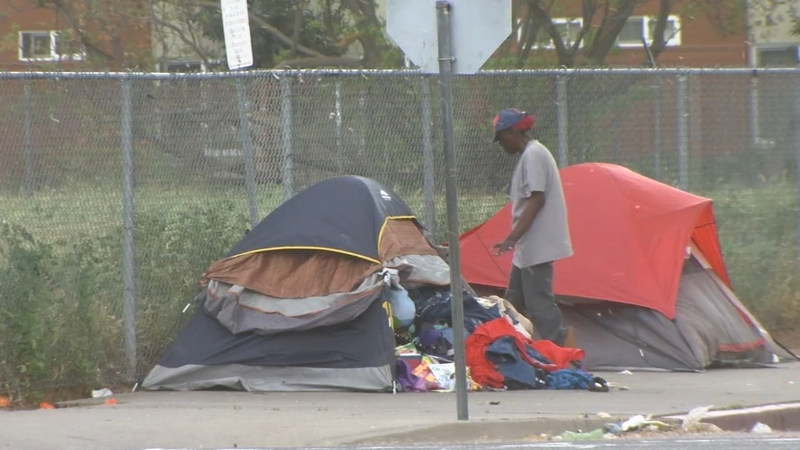 FRESNO, Calif. (KFSN) -- Some of Fresno's city leaders say the key to finding a solution to homelessness is identifying the problem.

"Homelessness is not a housing crisis, it's a drug criminal and mental health crisis," said councilmember Gary Bredefeld.

Graphic images of drug use and homeless encampments surrounded the podium at Fresno City Hall, but the pictures were taken in the Bay Area and LA.

Fresno's next police chief says that the department's homeless task force made 5,700 contacts with homeless offering services, however, most of those were repeat offenders. Acting Chief Andy Hall said 1.5% of those contacts resulted in someone accepting help.

"It's no longer acceptable to look at this problem in our daily lives," Hall said.

In graphic body camera footage, Fresno Police show Monday's encounter with a man they say is a homeless gang member that stabbed two people prior to a confrontation with officers.

"Today's press conference could have been a lot different. I could've been standing here talking about a third officer-involved shooting," Hall said.