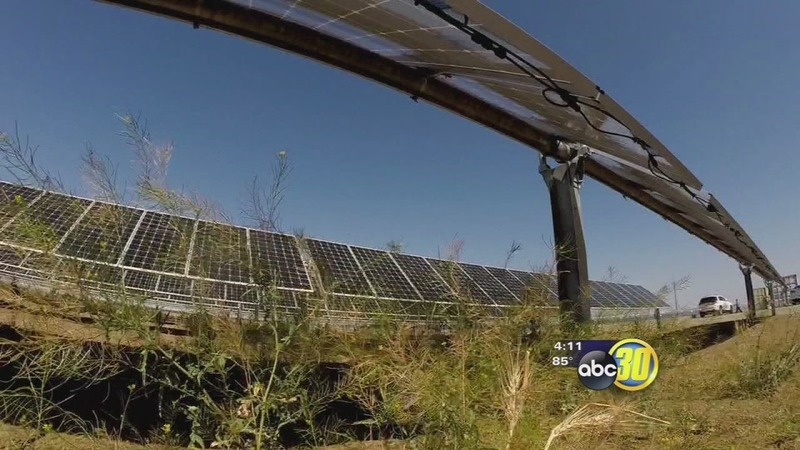 FRESNO, Calif. (KFSN) -- The Central Valley is expected to become a major source of solar power for the state.

Thousands of acres of solar farms and being built on unused farmland.

Solar panels in the valley are producing electricity for use around the state. The electrical energy generated by this solar farm near Kettleman City is being purchased by the city of Palo Alto because it's clean and renewable.

"Well, the city has a pretty long history of pursuing environmental sustainability, including, to meet its climate protection goals," Catherine Elvert with the city said. "And in 2013, the city adopted a carbon neutral electric supply portfolio which is really revolutionary."

In addition to being cleaner, the city of Palo Alto's focus on renewable energy is also cheaper. Residents here pay among the lowest energy rates in the state.

"Solar is a free energy resource and the cost for building and installing solar continues to decline," Elvert said. "It's becoming more and more cost-effective."

Retired farmland on the west side of the San Joaquin Valley is proving to be an ideal location for solar farms.

"Solar in Kings County is a great opportunity because of the existing contamination of the land that results from the lack of a drainage system and inadequate water supplies," farmer Daniel Kim said.

Since the land has been developed, it is less environmentally sensitive than desert areas where other large solar projects are being built, about 50 thousand acres in the Central Valley are slated for solar power plants.