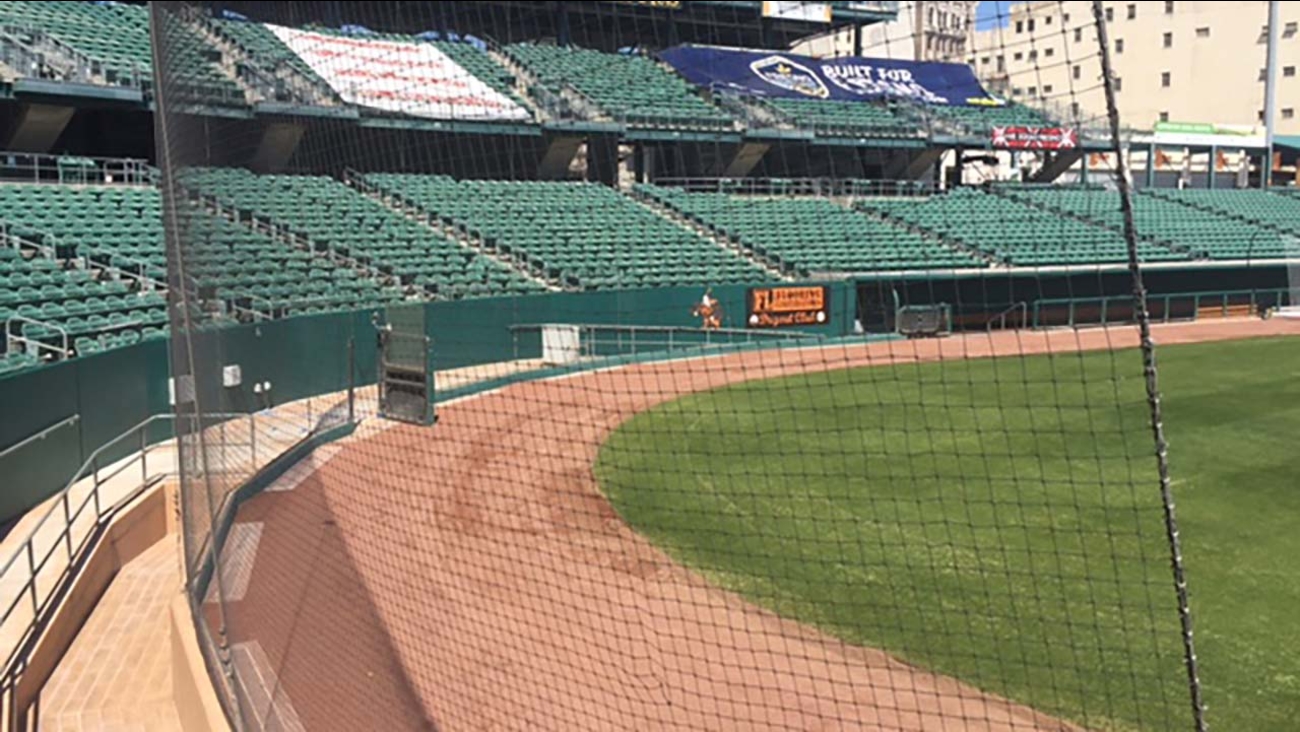 As part of several improvements being made to Chukchansi Park now under new ownership, the safety netting behind home plate will be extended.

FRESNO, Calif. (KFSN) -- As part of several improvements being made to Chukchansi Park now under new ownership, the safety netting behind home plate will be extended.

By the home opener on April 10th, officials said fans sitting adjacent to either baseline will have a more enjoyable experience with increased cover from high-velocity foul balls. The netting will extend from behind home plate to the far end of each dugout.

"This is a proactive measure; with our renewed focus on fan experience, the last thing we want is what should be a fun occasion and a trip to a Grizzlies game spoiled by an injury," said Fresno Grizzlies President Derek Franks. "We want to avoid a major incident- but extended netting will also cut way down on minor injuries caused by balls headed for the seats, and will eliminate the nuisance of scrambling away from line drives."

Officials said visibility may be affected for fans sitting close to the field behind each dugout, although they say no worse than seats directly behind home plate. If individual ticket or plan holders wish to adjust already purchased seats due to the extended netting, they will be accommodated by either visiting the Fresno Grizzlies ticket office or getting in touch with their personal sales rep.