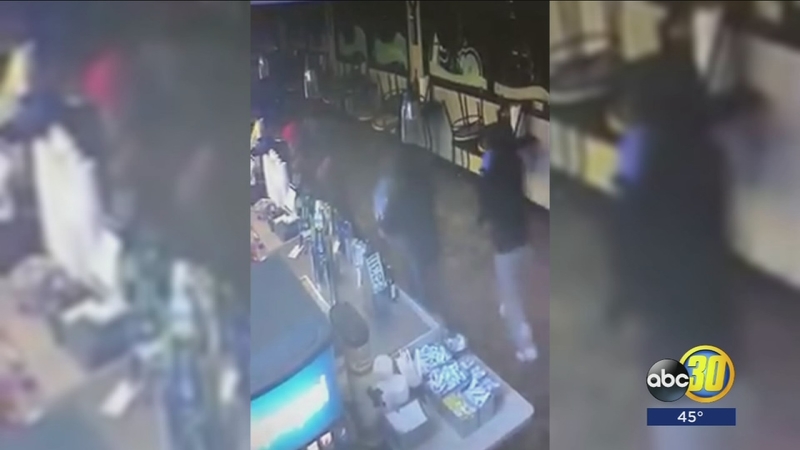 It happened at about 4 o'clock Sunday morning, surveillance video shows the boys ages 15, 16 and 17 stealing items inside, and the items they chose were not of high value. Police officers say the property damage and smashed front window could be the highest cost.

Sgt. Chad Allen of the Hanford Police Department said, "I think it was more of juveniles being delinquent we've had a lot of window smashes lately of businesses, this was potentially just another window smash but decided to grab some stuff close to the entryway."

Police officers say the suspects stole a tip jar, beer, and candy. It was some dropped peppermint patties from the stolen candy jar that led officers on the path to catch them.

"Officers checked the area too and followed the direction that the candy left on toward the street and within about five minutes of the original call for service officers located a suspicious vehicle with no license plate parked in a parking lot," Sgt. Allen said.

In that parked car, they located three juveniles with some of the stolen items.

Police officers say they believe the minors could also be responsible for another smashed window at a business they responded to just before the call at The Chicken Shack.