Witness describes being tortured before watching a man stabbed to death 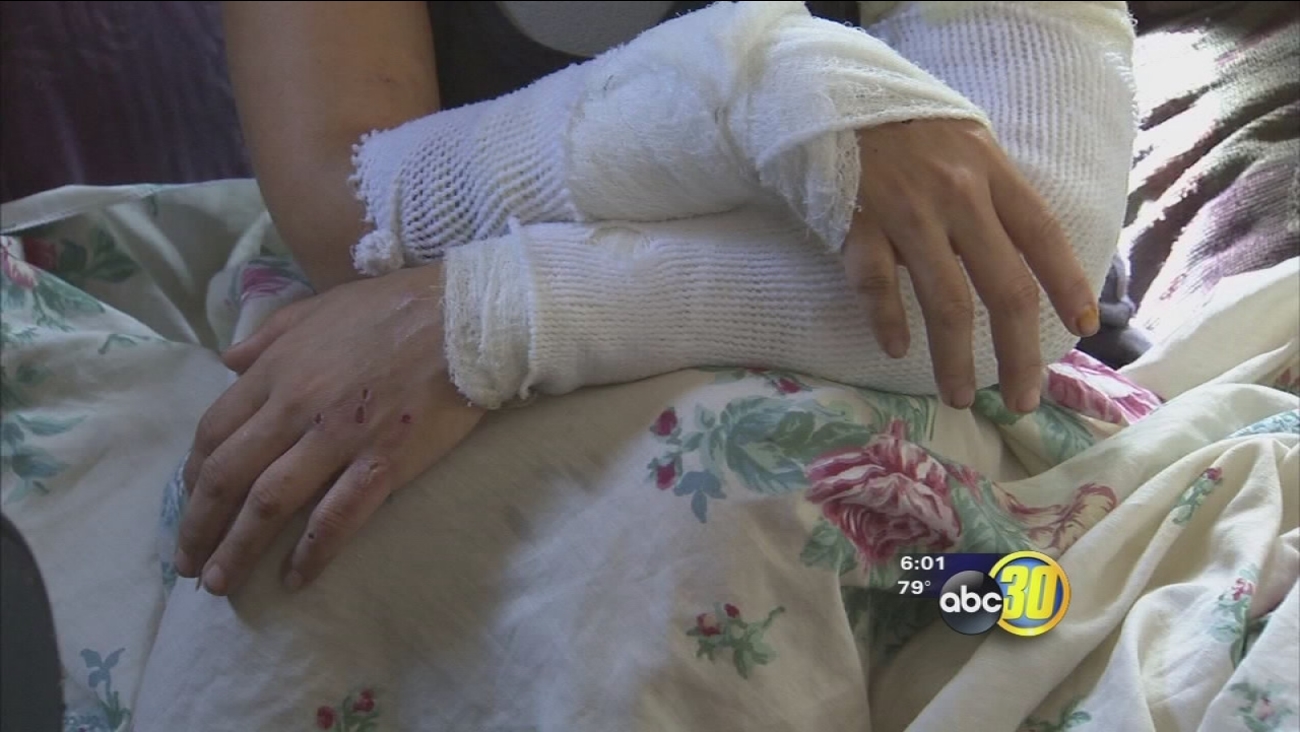 The witness, who is only being identified as Jane Doe, cried as she told the court about being tortured. (KFSN)

FRESNO, Calif. (KFSN) -- The witness, who is only being identified as Jane Doe, cried as she told the court about being hog tied, stabbed, and then having a toxic chemical poured on her body before watching a man get stabbed to death.

Margaret Alaniz wore a turtleneck, blazer and glasses in court. A very different appearance from the woman arrested two years ago accused of crimes so heinous and inhumane- they even stunned police.

Troubles and C-Loca began assaulting Seja, Troubles gained control and held him on the ground while C-Loca grabbed a knife and stabbed him repeatedly.

Seja died, and a woman who we are not identifying says she watched him get bludgeoned to death after she was tortured, tied up with electrical cords and confined to a closet.

The female victim never knew the suspects until prosecutors say she knocked on their door, in search of her stolen bike, and they invited her in to eventually be tortured.

Jurors were shown graphic pictures of the burns that prosecutors say were caused when Alaniz poured jewelry tester on the unnamed woman.

Shortly after she was released from the hospital, the victim sat down with Action News to describe the terrorizing ordeal."I feel a constant burn. My skin is forever on fire. And from the vapors of the chemical that she burned me with, I have no taste buds. I cannot taste any of the food that I eat. Everything tastes like poison."

Before the murder, police say the Seja raped the woman being held captive. Prosecutors say the sex act angered the suspects because he did it without permission.

Seja was then killed but the attorney representing Alaniz, Gerald Schwab, says there's no evidence his client was the one who stabbed him to death. "Bottom line, Margaret's fingerprints are not on the knife. Nobody saw Margaret stab Oscar."

Seja's body was wrapped in plastic and carpet and buried in the basement of the home. The burn victim told the court she helped Nunez carry the body there, in exchange for her release.

The female s victim did admit to smoking meth with the suspects before the crimes are alleged to have occurred.