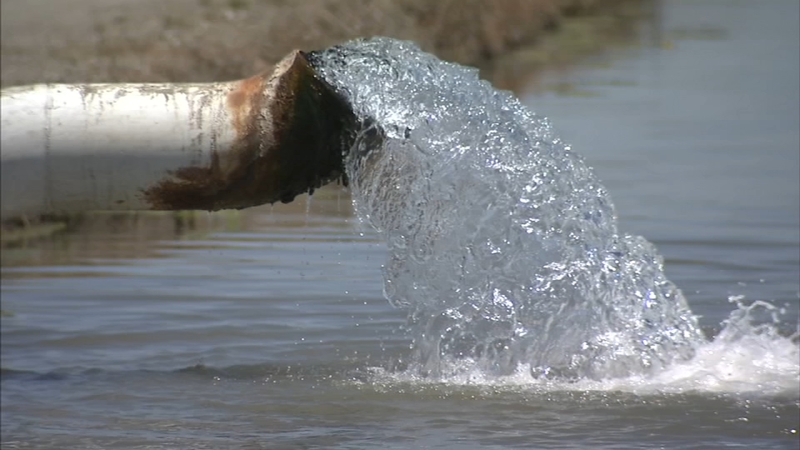 FRESNO, Calif. (KFSN) -- After multiple dry years, reservoirs are at, or near, historic lows.

State Water officials are anticipating next year will be no different.

Wednesday, the Department of Water Resources Director, Karla Nemeth, announced the initial State Water Project allocation would be 0%, except for critical health and safety needs.

That's lower than it has ever been before and impacts the Central Valley in areas such as Kings, Tulare and Kern Counties.

"What we are announcing today is essentially a 0 allocation for the state water project for our 29 state water contractors," said Nemeth.

In the previous drought, the state allocated 5%, but said given the exceedingly low storage at Lake Oroville and the forecast of conditions next year, no water will be allocated.

Water will still be delivered for critical health and safety needs, which will provide a minimum of 55 gallons per day, per person.

That includes to places such as Kettleman City, which has already been working with the DWR to ensure residents don't run out of water.

"They work in the fields and at home, they're not going to have water to bathe with, and these are the people kind of at the ground zero of all of this," said Justin Mendes, a Regulatory Specialist with the Tulare Lake Basin Water Storage District.

It provides water for communities and farmland between the cities of Corcoran, Stratford, Alpaugh and Kettleman City.

Mendes said they've already fallowed, or left empty, nearly 50,000 acres of farmland because of a lack of water.

"Those crops, those fields are not going to be replanted and so we're probably going to have to fallow more as we have less water coming in," Mendes said.

He went on to say less farmland translates to fewer jobs.

Mendes also expects statewide restrictions for residents to return in the near future.

That's something the state is also expecting as it conserves as much water as possible in Oroville in anticipation of at least one more dry year.

"The signs at restaurants of 'water will only be available upon request' will probably come back at some locations," Mendes said. "It's going to be a trying time."

Wednesday's announcement doesn't impact areas in Fresno County, but the Fresno County Farm Bureau said this sets the tone for the year when it comes to water allocation.