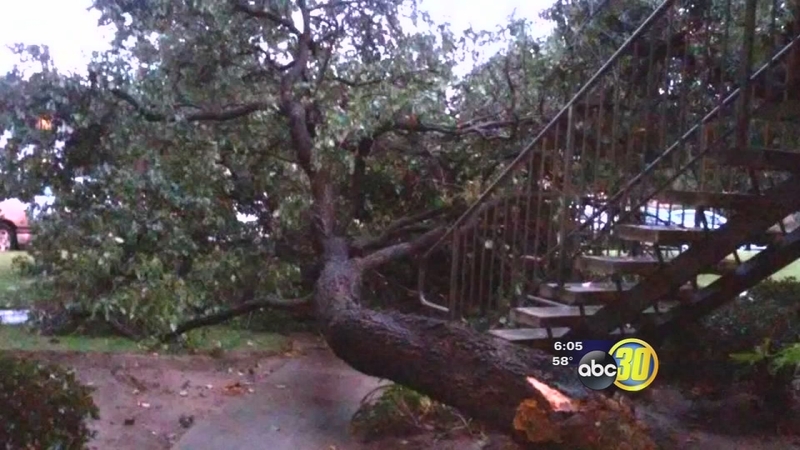 "We're back to milling and paving and fixing concrete," said Public Works Director Scott Mozier, after a long day of clearing drains and checking on pumps.

The Wishon underpass in Central Fresno had a minor electrical issue that shut it down early Tuesday morning. It briefly shut down the underpass, before crews could pump out the water and reopen the street.

But overall, Mozier says he was proud of his employees, many of whom were reassigned from street or park maintenance teams to respond to the first storm of the season. "We did very well, it was a good amount of rain and the streets were in good shape," Mozier said.

A few trees were in bad shape after the storm, but the city only had a few downed tree calls. "There was virtually no wind with this storm," Mozier said. "So if we had an event with a lot of rain, plus high winds, that's when we start to see trees down. But again we have crews ready to roll, both city employees and private contractors."

Soon, Mozier says there will be leaves in and that will be their next focus: keeping drains clear of leaves and debris.