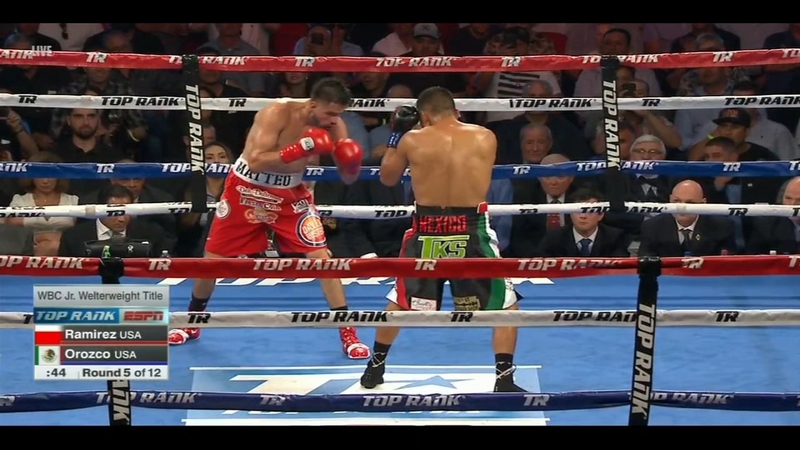 FRESNO, Calif. (KFSN) -- UPDATE: Professional boxer Jose Ramirez is also helping the Gladding family. He is donating a glove he wore last week during his title fight against Antonio Orozco.

It will be auctioned off to the highest bidder -- with all the proceeds going to the Gladding family.

The winner will get the glove and meet and greet with the Avenal star. NBA star and Valley native Quincy Pondexter opened the bidding at $2,500.

If you are interested in bidding on the glove call KMJ at 559.490.5858. The winner will be announced on Friday.

The California Highway Patrol continues to search for the driver responsible for hitting and killing a beloved Clovis Unified educator.

It happened early Sunday morning while he was jogging near Friant and Old Friant road.

The California Highway Patrol continues to search for the driver responsible for hitting and killing a beloved Clovis Unified educator.

"It's a tragedy that people can do this, have no compassion for the person they hit," said Gasaway.

Gasaway said it was difficult to sit his granddaughters down and explain to them Mr. Gladding is never coming back to the school.

"They just both broke down into tears," he said.

Gasaway is helping his granddaughter as best he can but the pain of losing Mr. Gladding is profound.

A reward for information leading to an arrest in Gladding's death is being offered and Gasaway is urging everyone to donate.

"I've given $100 and I'm hoping other people will contribute to making this worthwhile," he said.

At last check, the reward was at $1,100 Gasaway hopes to see the reward grow to thousands of dollars in hopes it will get someone to speak up.

"Somebody knows something in the community, that they know the truck is damaged," he said.

Gasaway wants the person responsible to be held accountable and he wants the driver to know just how deeply he or she has impacted everyone who knew Mr. Gladding.

"I would like them to know the suffering they've caused to his family, his children, and all the people that worked with him, all the kids that loved him and have that person understand what they've done".

Gasaway hopes there will be justice.

"I'm just absolutely disgusted. I was a teacher for 36 years. I've had former students killed by hit-and-run drivers, that have not been caught and I'm just infuriated," he said.

Family and friends of Gladding sent this statement: "Gavin Gladding was a loving husband, father, son, brother, friend and educator who lived an exemplary life and truly impacted those who knew him for the better. This tragic loss has devastated his family, friends and all those that knew him. The family asks for continued support and any information that could lead to finding the person responsible for his death. "