25-year-old man shot and killed in Armona, police believe it was gang-related 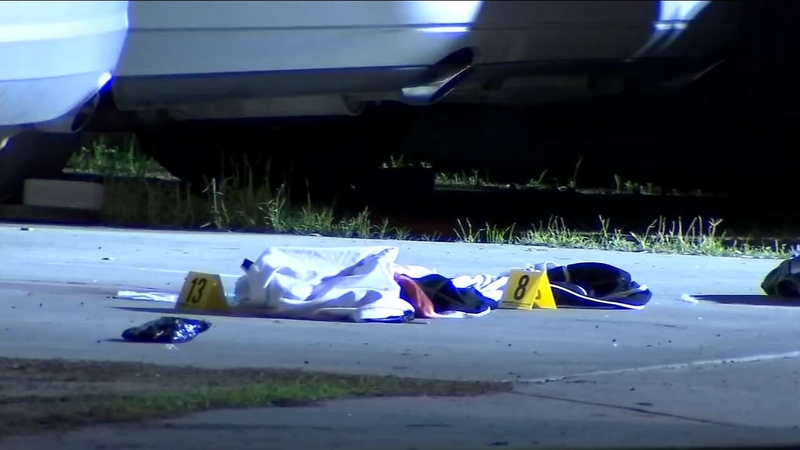 FRESNO, Calif. (KFSN) -- Authorities have released the identity of the man that was shot and killed in a neighborhood in the rural community of Armona.

The victim, David Aguiniga, 25 was shot multiple times Wednesday night in the front yard of a relative's home.

When deputies arrived, they found the victim lying in the driveway with several gunshot wounds.

"What we know so far is the suspect walked up to the residence and called for that subject to come out. They had some sort of conversation and then the suspect shot the subject several times," said Commander Mark Bevins of the Kings County Sheriff's Office.

When deputies arrived at the home near Alvin Street and Alen Way, they found the victim lying in the driveway with several gunshot wounds.

He was transported to a hospital where he died from his injuries.

Detectives are now working to identify who pulled the trigger.

"We would like any help we could to identify the suspects. We are following a lot of leads again we would like the community's help us solve this crime," Bevins said.

Authorities are gathering evidence but believe the shooting was gang-related.

"From what witnesses are telling us the suspect left north-bound on Alvin Avenue and possibly got into a dark-colored vehicle and then left the scene," Bevins said.