Fresno State sells out Bulldog Stadium ahead of Saturday's game vs. Boise State 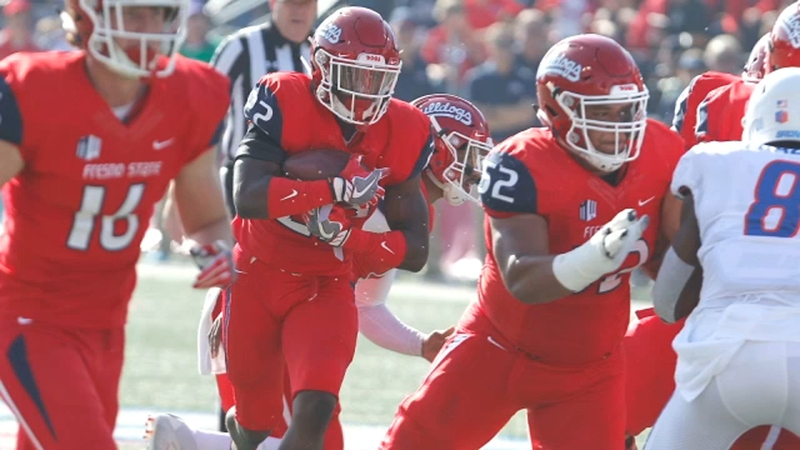 FRESNO, Calif. (KFSN) -- For the first time since 2014, Fresno State has sold out Bulldog Stadium for Saturday's game vs. Boise State.

The last time Bulldog Stadium was sold out was on September 13, 2014, against Nebraska.

From 2017-2018, the Bulldogs and Broncos met four times, splitting their regular-season meetings and splitting conference titles.

The last meeting, December 1, 2018, etched in the minds of Bulldog fans with Ronnie Rivers scoring the game-winning touchdown in overtime to clinch a conference title and the Dogs first win on the blue turf.

The Bulldogs go into Saturday's highly-anticipated matchup as #25 in the AP ranking with a 7-2 overall record.

The Broncos come in at 4-4 on the season but do have a win over BYU, at the time, the #10 ranked team in the country.

While tickets to the game are no longer available, all fans are still allowed to enjoy Bulldog BLVD, which is free admission.

This is the fourth sellout at home for Fresno State against Boise State in the last 20 years.