'We're mountain strong, we'll get through this.'
KFSN
By Vanessa Vasconcelos 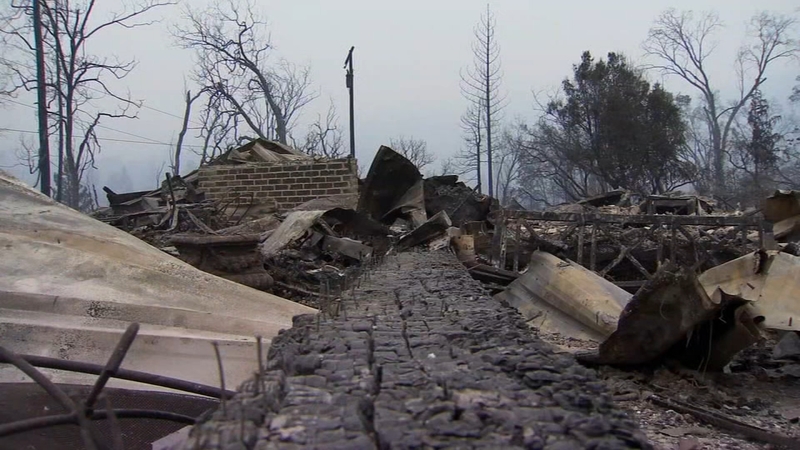 AUBERRY, Calif. (KFSN) -- It's been 10 days since Danielle Akoidu stepped foot in what she knew as a sanctuary.

"We named our home 'Sunstone Haven'. It represented so much of what we wanted for our family and life in the mountains," she says. "I woke up thankful every single day."

The Auberry home where she, her husband Sam, and their four children lived doubled as the location of where they started their life together.

"We had a lot of plans, we had so many dreams with that space," she says.

So after flames of the Creek Fire burning nearly an hour away prompted evacuations, it was hard to imagine they wouldn't return.

"Every wrong thing happened for it to come our way. So even up until the moment we had to leave, it didn't feel like the fire was going to come to our home," she says.

It was three days later that Danielle would wake up in the middle of the night with a gut feeling that hope to return was gone.

"That's how connected I was to that place... that it woke me up and that is the time that the house would have been on fire."

Because her home is still in the evacuation zone, Danielle still hasn't seen the damage in person.

She allowed Action News on her property to show her virtually.

After learning of their loss, friends created a GoFundMe that's already halfway to meeting its goal.

Bailee Patten says the flames couldn't take away from her the memories she created in the home.

On Friday, Action News met another Auberry evacuee, Bailee Patten, who knows her home was destroyed.

She said there's one thing flames cant take away from her and those are the memories she created in that home.

"The jokes that we told and the things that we talked about and dreams... it was what made it a home."

Up the four-lane just before Cressman's General Store, their holiday decor couldn't be missed.

"We had Christmas lights, Christmas scenes - we had it all going on. People would come from the foothills, Clovis and Fresno," said Patten.

Because their home is within the evacuation zone, they still haven't sifted through the remains of their property.

"I'm sure when we see it in person, we'll have some more tears, but that's okay. We're mountain strong, we'll get through this," said Patten.

The road to rebuild may be a long one, but one thing brings Patten hope.