The California Highway Patrol is investigating a Fresno County crash that turned into a deadly hit-and-run.
KFSN 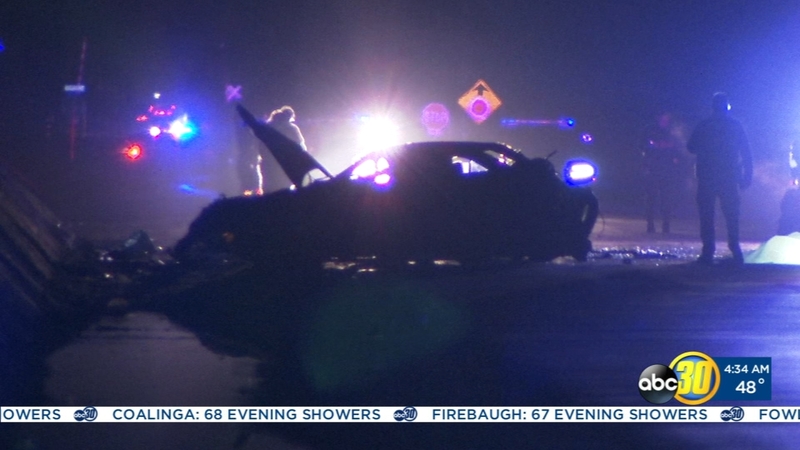 FRESNO, Calif. (KFSN) -- The California Highway Patrol is investigating a Fresno County crash that turned into a deadly hit-and-run.

It happened around 9:30 pm on Dickenson and Olive Avenues.

Officers said a woman was driving north when she lost control of her car, and the vehicle rolled over.

She was not wearing a seat belt. The impact of the crash threw her from the car onto the roadway, just as oncoming traffic was approaching.

"There was another vehicle traveling southbound after the collision had stabilized. The driver was now in the roadway and was run over by the vehicle," said CHP Sgt. Taka Hiura. "We have no other information on that other vehicle."

The CHP is now working to find the hit-and-run driver and their vehicle.