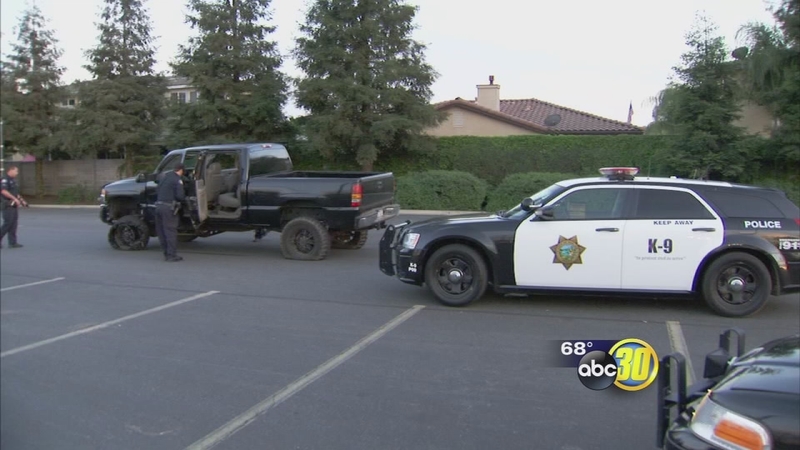 FRESNO, Calif. (KFSN) -- A dangerous pursuit through Fresno County ended with the suspect in custody.

Police say it all started when they tried to stop the driver of a black Chevrolet Silverado in Parlier for reckless driving, but the driver refused to stop.

He led officers on a chase into Fresno County but authorities managed to use a spike strip to slow down the pickup as it headed into Sanger. Investigators do not believe anyone was hurt, but they say the truck damaged a fence and some bicycles.

"There was some type of verbal disturbance that occurred, and the person we suspect tried to run down several subjects on bicycles," Adolfo Jimenez with the Parlier Police Department said.

Authorities say alcohol may have been a factor in this incident and it's possible the truck could have run more people off the road.