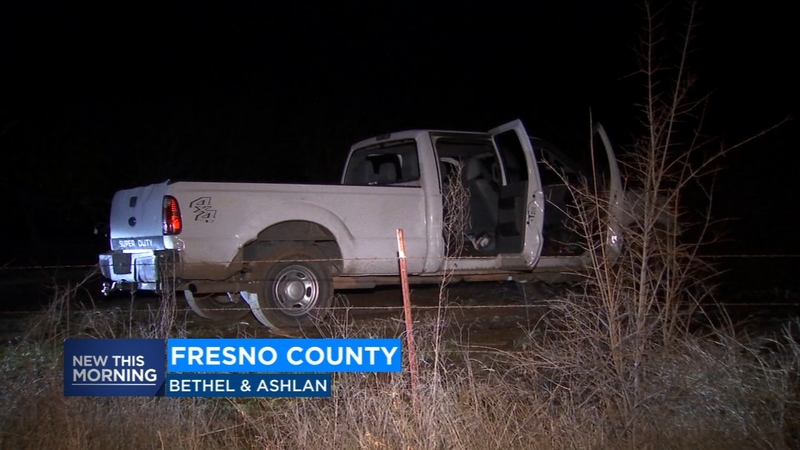 It started around 10:30 p.m. Sunday at Shaw and Academy, where deputies say three people were loading stolen equipment into a trailer.

As the vehicles then headed eastbound on Shaw at Mendocino they came to a dirt road and turned around.

That's when the two vehicles split and led deputies each on their own pursuit.

One of the vehicles was a pickup truck with a man and a woman that went down Shaw to Bethel and ended up in an almond orchard.

A short foot pursuit ensued with a K9 deputy catching a man, who suffered injuries and was taken to Community Regional Medical Center.

The woman stayed in the truck and was taken into custody at the location at Bethel near Ashlan.

The other pursuit ended at Floradora and Highway 41.

Deputies say they got more than just the suspects and the stolen vehicles.

"One of the pickups, when it was stolen, had five firearms inside of it, and the firearm that was recovered was one of the firearms that were stolen in the truck, so we're still trying to find those four other firearms," said Fresno County Sheriff's Office Sgt. Sgt. Jake Jensen.

Deputies say it was five guns and one rifle.

One person was taken into custody at the Floradora and highway 41 location.