Chief Dyer says officers found Gustavo Acosta in a backyard armed with a metal pole and wearing part of a five gallon bucket on his torso.
KFSN 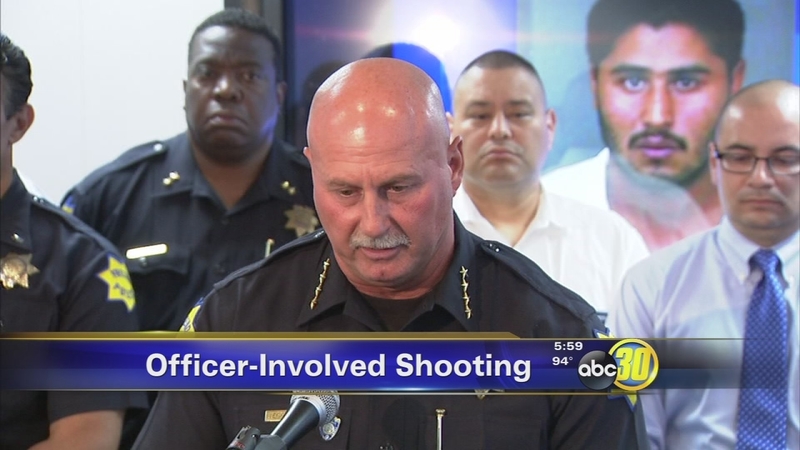 FRESNO, Calif. (KFSN) -- Fresno Police Chief Jerry Dyer said during a press conference Tuesday that they were concerned 36-year-old Gustavo Acosta might hurt his wife because of his recent behavior.

"We have absolutely no doubt that the suspect in this case was stalking," Chief Dyer said.

On September 18, Acosta was given a restraining order to stay away from his wife stemming from a physical confrontation on July 26 and 27. Fresno County Court records show the order was for three years.

That same day Acosta went to his wife's home and recorded a video, according to Dyer.

"In that video recording he made the comment this is the dark window of danger," Dyer said.

Police say he also sent threats to his wife.

"She had been very distraught, emotional, she had been fearful," said Fresno Police Department Dectective Alfonso Castillo, "The last event that sparked her to report; it was the video of her window in the middle of the night that he had sent to her."

Monday night two Fresno Police Officers and a Sergeant went to a home near Kirk and Grove Avenues to arrest Acosta for violating the restraining order. Chief Dyer says officers found Acosta in a backyard armed with a metal pole and wearing part of a five gallon bucket on his torso.

Chief Dyer says Acosta was shot with a less lethal bean bag shotgun and a Taser but he continued towards officers with the pole raised. Chief Dyer says officers fired 10 shots at Acosta. He died at the scene.

Chief Dyer says Acosta has a history of mental health issues and he stopped taking his medications in December. Acosta has self-admitted into mental health facilities five times in the past six months, according to Dyer.