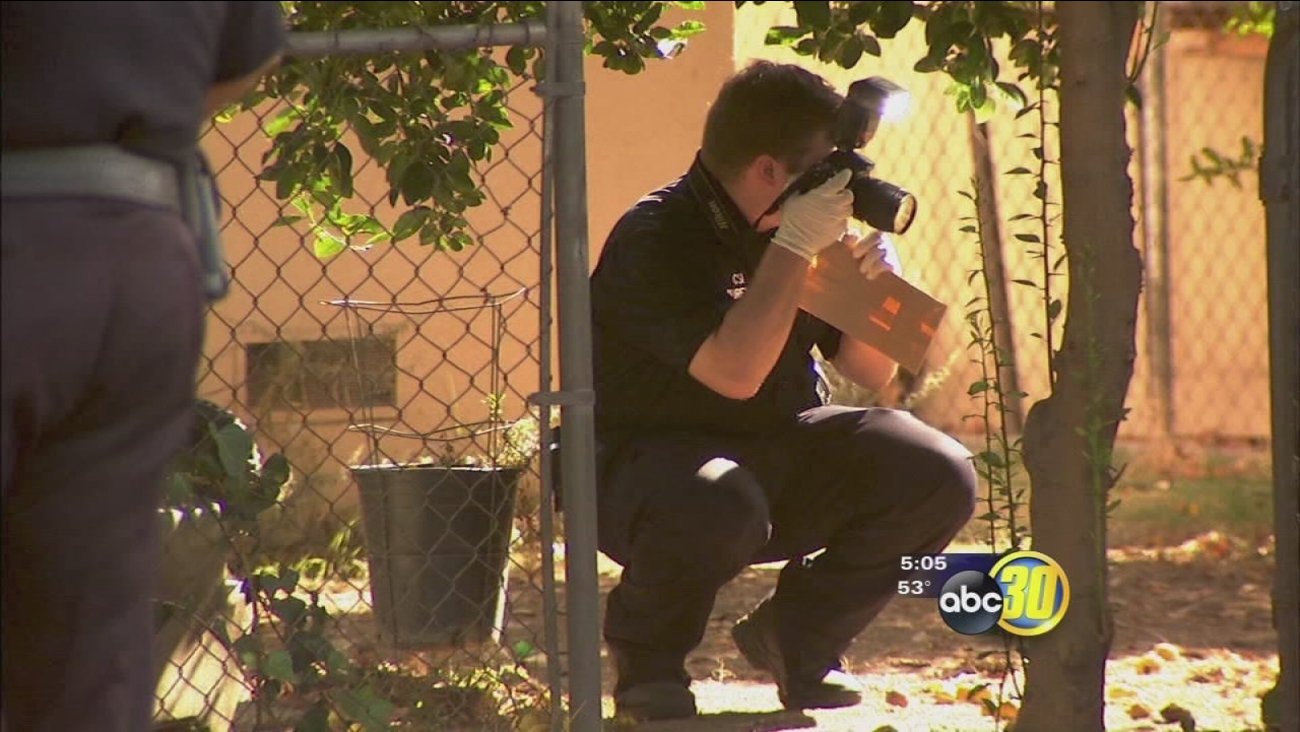 Fresno police have initiated an internal investigation to figure out why a murder victim wasn't discovered until the next morning. (KFSN)

FRESNO, Calif. (KFSN) -- Fresno police have initiated an internal investigation to figure out why a murder victim, who was gunned down in a central Fresno neighborhood on Halloween night, wasn't discovered until the next morning.

Javanta Evans turned 25-years-old the same day he was shot to death. His family wants to know how his body was overlooked-- it was about 100 feet from the place his friend was treated for a gunshot wound. Police say they are investigating both.

A memorial sits in the front yard where witnesses said Evans ran on Halloween night. It's the same place they said they pointed out to police after more than 45 rounds were fired near Glenn and Vassar. "...and then we told the officers, there's someone who jumped the fence, maybe he's been shot and they said well, you are in the crime scene so you gotta back off," said Avelino Torres, neighbor.

Fresno Police Chief Jerry Dyer said it was extremely dark when officers were roping off the crime scene and collecting dozens of shell casings and evidence in the area. He doesn't know how the body was overlooked, but he is looking into it. "It's a legitimate concern on the part of the family, and, I'd have that concern as well. I have that concern as a police chief, which is why I have initiated an internal investigation to determine how the individual was not located that evening."

Police say Evan's friend was shot in the shoulder and told detectives the two were coming back from the liquor store when someone opened fire on them. Investigators believe even if he was located right away his injuries were likely too severe to be able to save him. "What we do know, based on what the coroner has shared with us today, is that the wound struck two vital organs, including the liver and the heart and that his chance of survival would have been unlikely due to the significant and immediate blood loss," said Chief Dyer.

Family members say they are devastated by the murder. Evans older brother was also killed in a shooting several years ago. Police say his other brother was targeted just last week during a shooting at the Apple Creek Apartments in northwest Fresno. Police are investigating whether the latest shooting is related to his murder.

Police say they have a name of a gunman who they are pursuing. The motive is still unclear, but police say the shooting involves gangs.