LAS VEGAS (KFSN) -- Ronnie Rivers rushed for 212 yards and two touchdowns, Anthoula "Tank" Kelly had a 70-yard interception return for a touchdown and No. 19 Fresno State beat Arizona State 31-20 in the Las Vegas Bowl on Saturday. 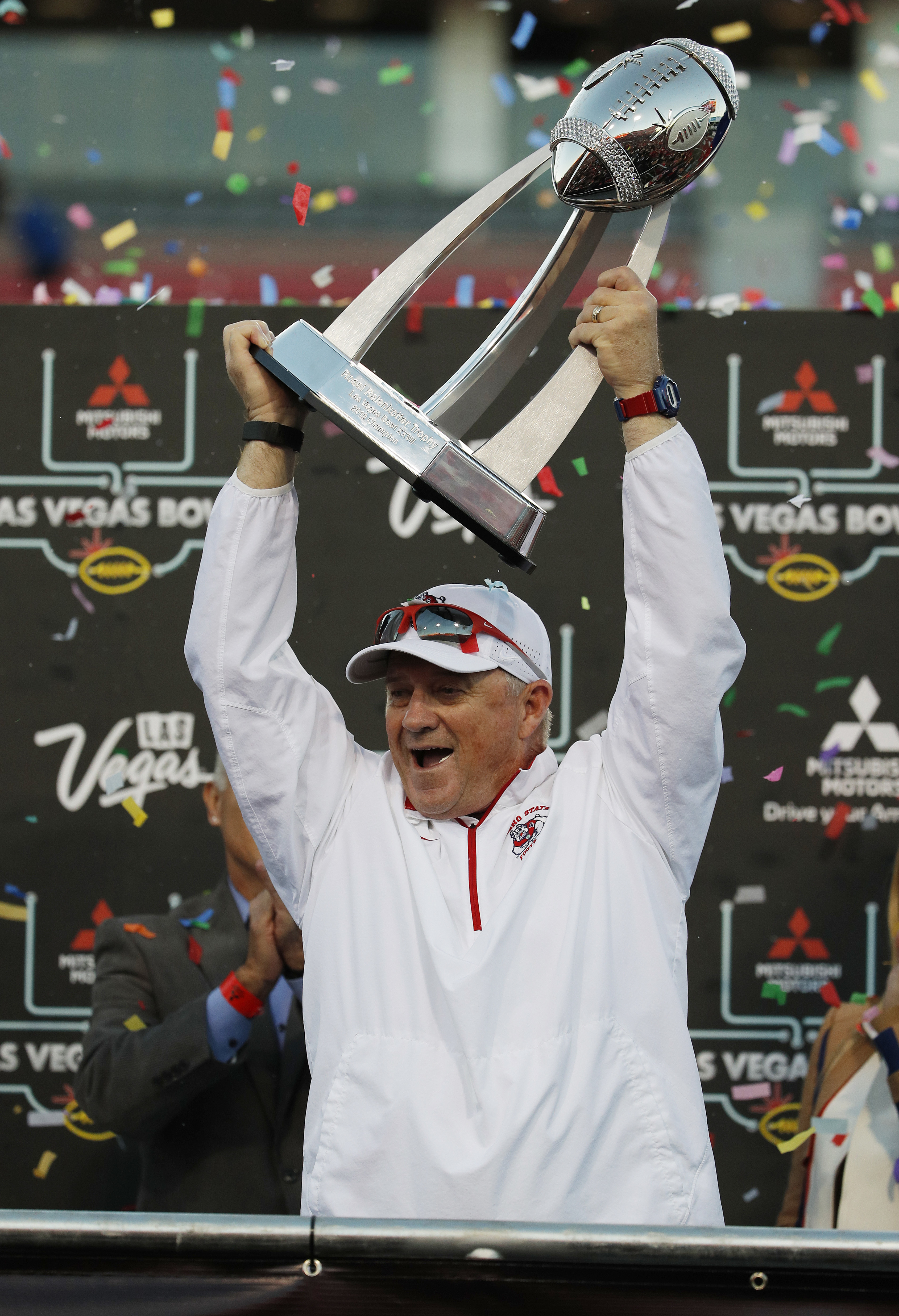 Marcus McMaryion rushed for a touchdown and was 15-of-29 passing for 176 yards to help the Bulldogs (12-2) set a school record for wins in a season. He also threw two interceptions.

Eno Benjamin rushed for 118 yards a one touchdown for the Sun Devils (7-6) in their third straight bowl loss. Manny Wilkins threw for 129 yards, with a 3-yard scoring pass to Kyle Williams and two interceptions.

Rivers put Fresno State back in front 24-20 with a 68-yard touchdown run up the middle in the third quarter and had a 5-yard scoring run in the fourth quarter to seal Fresno State's second win over a Pac-12 opponent this season.

Wilkins sustained an apparent knee injury on the final pass of his college career, which was intercepted by Juju Hughes.

McMaryion's pass was intercepted by Chase Lucas on his next throw, an ill-fated heave downfield after reversing field under pressure. The senior had thrown three interceptions in 398 pass attempts during the regular season and Mountain West title game.

With the teams tied at 17 after the first half, it looked as if Fresno State was going to go back in front on its first possession of the third quarter on a throwback screen from McMaryion to Dejonte O'Neal but video review showed the senior wide receiver lost possession of the ball diving for the pylon and Shannon Forman recovered in the end zone.

Benjamin set the record with a 13-yard run in the second quarter, passing Woody Green's mark of 1,565 yards rushing in 1972. Benjamin scored his 16th rushing touchdown of the season on the following play from scrimmage, giving Arizona State its first lead at 14-10.

RELATED: Bulldogs and Sun Devils playing with mutual respect for each other