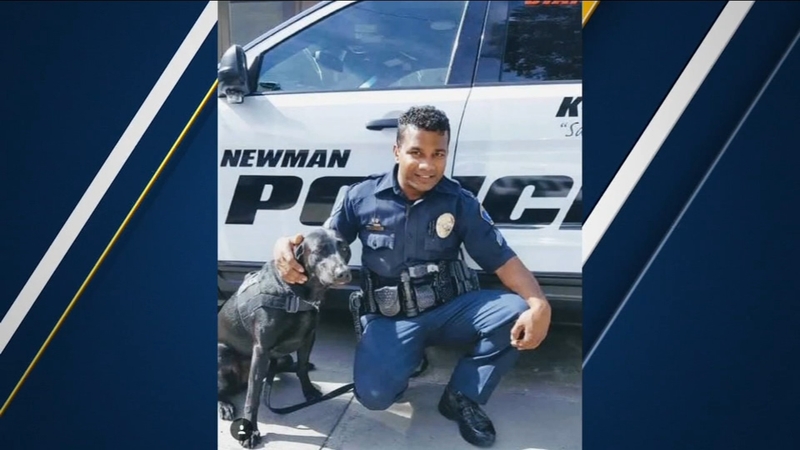 He was brought to the Stanislaus County Sheriff's Office early on Friday evening.

During the hunt, a series of leads and search warrants led authorities to the Kern County town of LaMont, 200 miles away from where Singh was killed, where they arrested Arriaga.

Over the course of the hunt, investigators received hundreds of tips and looked at all of them.

That led to the capture of not only the suspect on Friday, but also several others allegedly trying to hide and lie for him, said Stanislaus County Sheriff Adam Christianson.

Arriaga's brother, Adrian Virgen, and co-worker Erik Quiroz, were arrested for lying to authorities as he tried to leave the country.

"They intentionally lied to us, they tried to divert us away from the investigation. They misled us. They provided us false information to protect their brother, who we also know was trying to flee to Mexico," said Christianson.

Christianson said while the slain officer should be the focus of this case, it serves as an example of needed reform in immigration laws and border control. He said this tragedy could've been avoided if it weren't for sanctuary laws and political interference.

"We can't ignore the fact that this could've been preventable. After SB 54 based on past two arrests for DUI and active warrants, law enforcement would been prohibited from sharing any information with ICE about this criminal gang member," said the sheriff.

He added that Arriaga crossed the border into Arizona, and has been in the country for a few years illegally.

On the day of the shooting, Corporal Singh pulled Arriaga over for a DUI traffic stop. Arriaga had two prior DUI arrests, and is a known gang member.

There's still a lot left to this investigation before it goes to the district attorney, but this could potentially be a capital punishment case.